The Bay Area’s annual Bike to Work Day celebration is the biggest bicycle commute event in the U.S. — with over 100,000 participants in 2015.

MTC has been a Bike to Work Day sponsor for over two decades. 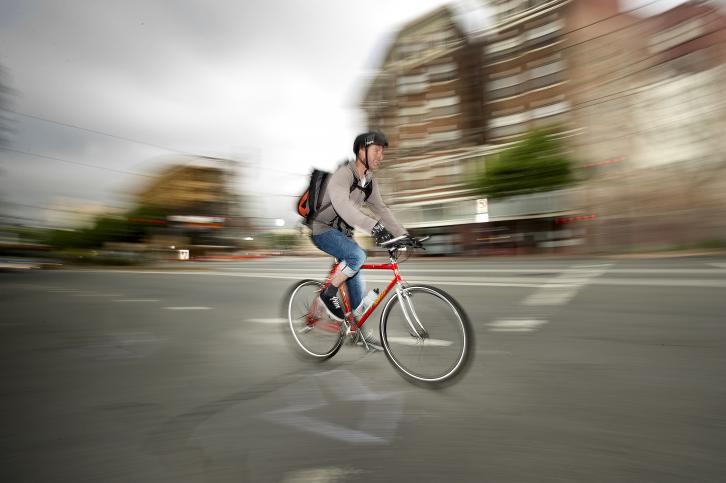 Bike to Work Day is the centerpiece of National Bike Month, recognized each May since 1994. Over the years, Bike to Work Day has grown into a month-long program of events promoting bikes as a healthy, fun and viable mode for everyday transportation.

On Bike to Work Day itself, hundreds of energizer-stations throughout the Bay Area are staffed by volunteers who provide bike commuters with snacks, refreshments and encouragement.

The Bay Area's Bike to Work Day has been around longer than two decades. On its 21st birthday, the event is still going strong from Gilroy to Cloverdale, and everywhere in between. There was a new twist for 2015: a Bike Off challenge pitting Oakland and San Jose against each other to see which city's employees and residents could do the most pedaling during the month of May, with Oakland Mayor Libby Schaaf and San Jose Mayor Sam Liccardo leading the charge.

How many of Bay Area residents bike to work? Get the data on our Vital Signs website.