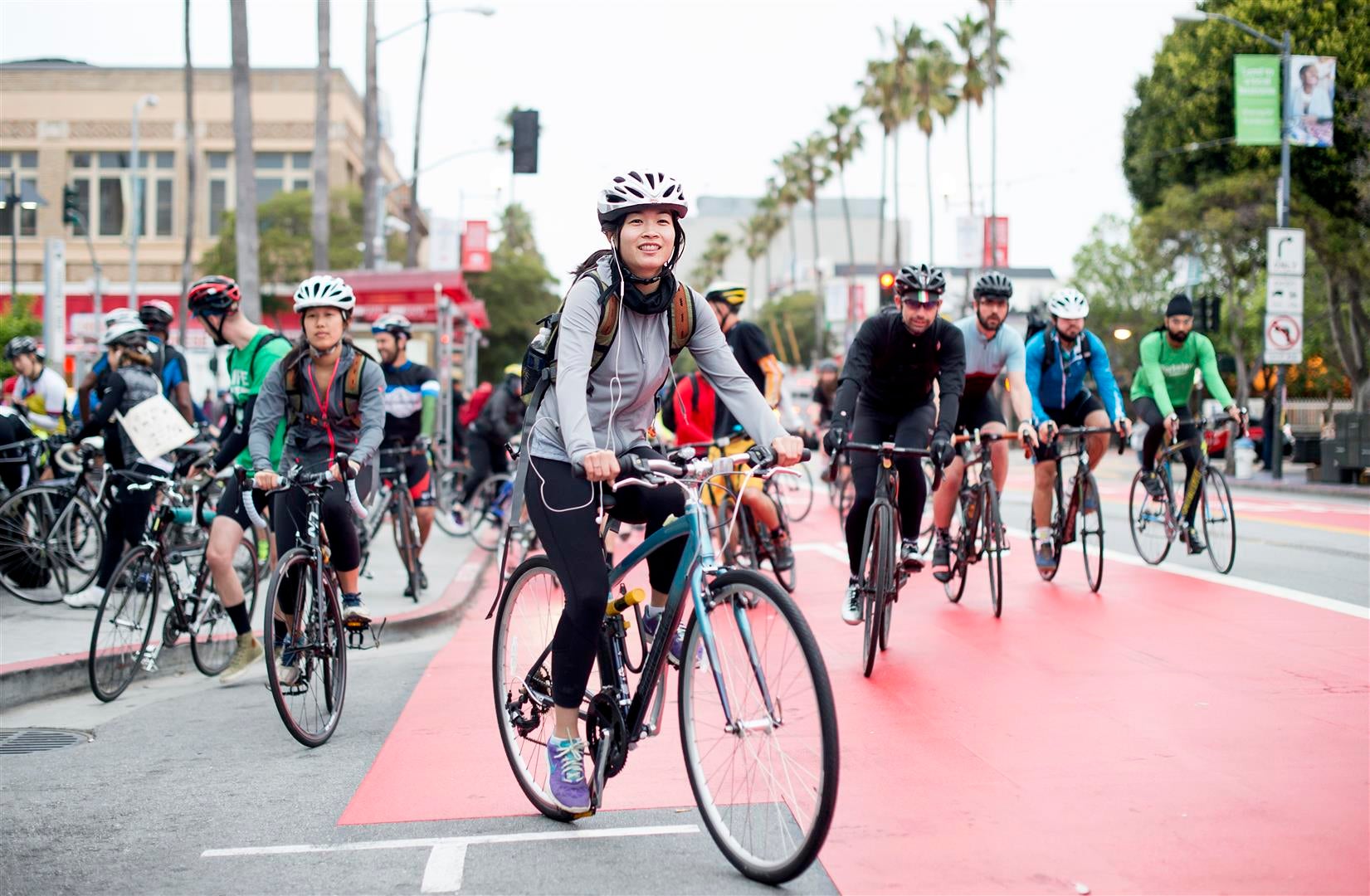 Whatever way you measure Team Bike Challenge’s impact — whether it is the number of people participating, the amount of green miles cycled, the pounds of carbon dioxide removed from the air or the aggregate calories burned — the friendly competition that attracts commuters from across the nine-county San Francisco Bay Area logged some impressive numbers in 2016. Joining the ranks of more than 13,000 previously registered riders, this year's pedalers — 2,519 cyclists riding on 1,827 teams for 535 companies — were inspired to take part in the month-long cycling competition that pays big dividends for the environment and their own good health. While many are hardcore cyclists, some novices tried bicycle commuting for the first time.

The number of individuals who committed to riding their bikes to and from work – as well as for errands, shopping and the like – throughout the month of May tells only part of the story. By the close of competition on May 31, the riders collectively logged an incredible 374,080 miles — saving over 374,168 pounds of CO2 and burning close to 16,085,458 calories.

Team Bike Challenge Winners
When the tallying was done, Santa Clara’s #TeamLCR took top honors with 465 points and 6,594 miles biked! Partycar.com (San Francisco County) came in second with 399 points and 7,999 miles followed by Get Your Erigeron (Marin County,) with a total of 398 points and 3,167 miles for third place. In the individual competition, the podium was a “1, 2, 3” of 93-point winners from San Francisco! Carlos Estrella took first place with 3,147 miles, followed by Ramesh G. (2,375 miles) and Peter Chang (2,228 miles).

And for yet another year, the small company competition was won by kW Engineering! They collectively rode 3,175 miles, which earned them 480 points. IBM Watson, Redwood City improved their standing from third to second place this year, earning 384 points and 3,293 miles biked! And third place was taken by David Baker Architects, with 329 points and 1,836 miles ridden.

Team Bike Challenge is funded by the Bay Area Air Quality Management District and the Canary Challenge. The San Francisco Bay Area's Bike to Work Day program and Bike Month are brought to you by presenting sponsors 511, the Metropolitan Transportation Commission (MTC), and Kaiser Permanente, with additional sponsorship by Clif Bar, BART, Clear Channel Outdoor, and media sponsor KPIX5. Team Bike Challenge would not be possible without the partnership between local bike coalitions and congestion management agencies. Find out more about your local bicycle coalition and events throughout the region by going to youcanbikethere.com and clicking on the logo for your local organization.