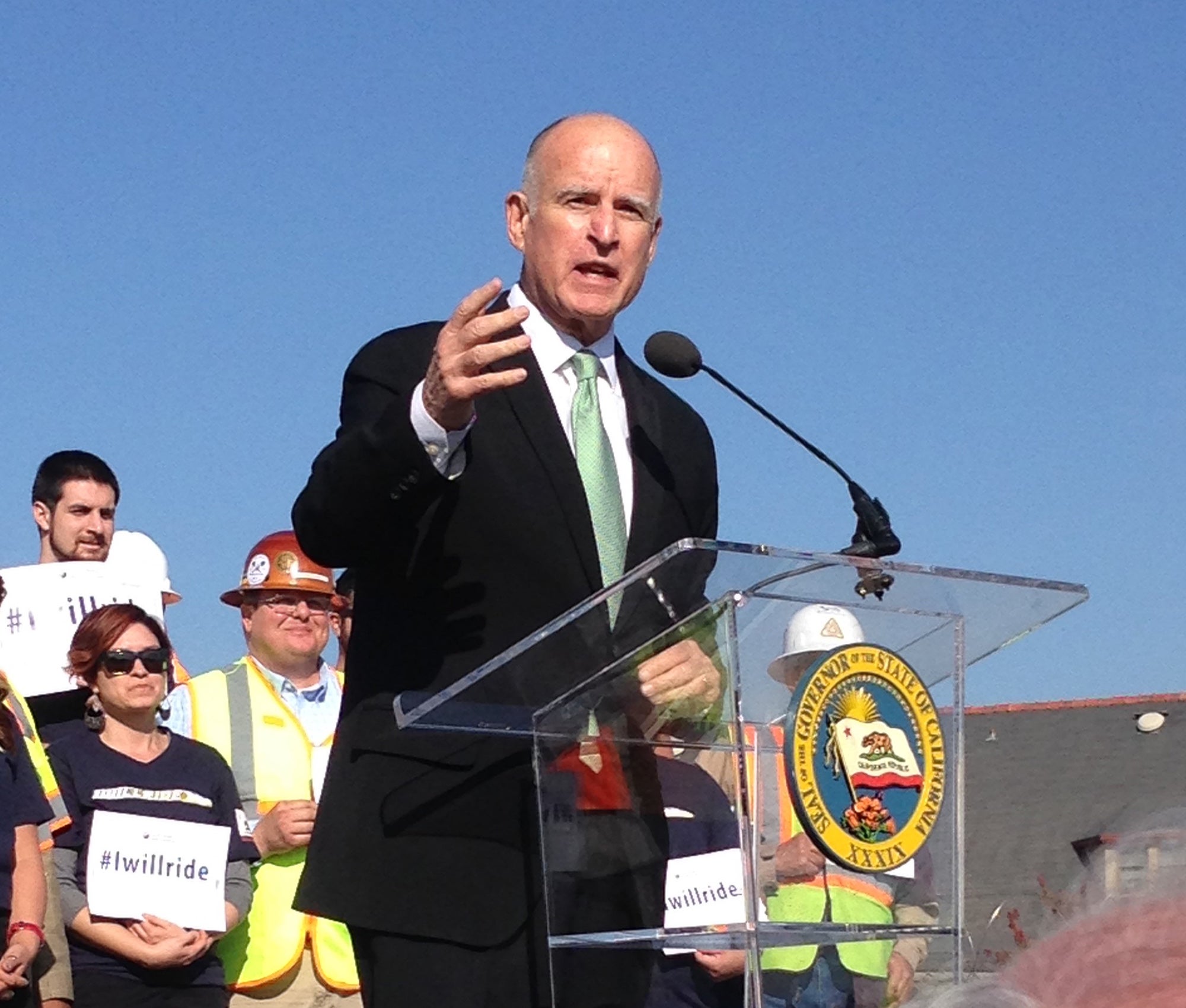 “What is important is the connection that we are rooted in our forebears and we are committed and linked to our descendants,” said Governor Edmund G. Brown Jr. , who was the keynote speaker at a ceremony held at the site of the future high-speed rail station in downtown Fresno. “And the high-speed rail links us from the past to the future, from the south to Fresno and north; this is truly a California project bringing us together today.”

In addition to the support of federal, state and local dignitaries, there was a strong showing from Central Valley and California-based construction crews, small businesses, and local students who were eager to highlight how high-speed rail is positively affecting California today and will continue to into the future.

“We now enter a period of sustained construction on the nation’s first high-speed rail system — for the next five years in the Central Valley and for a decade after that across California,” said High-Speed Rail Authority Board of Directors Chairman Dan Richard. “This is an investment that will forever improve the way Californians commute, travel, and live. And today is also a celebration of the renewed spirit that built California.”

Also on hand to witness the event was MTC Executive Director Steve Heminger. "High-speed rail is another affirmation of California's commitment to a more prosperous future and an affirmation of our commitment to ensuring the mobility so vital to our state’s continued economic growth,” he said.

Although presented as the official groundbreaking ceremony, the event also showcased ground that has already been broken in the Central Valley. The Authority provided tours of nearby construction activity, including various demolition sites. Other achievements to date include finalization of project designs, ongoing right-of-way purchases, and workforce training and mobilization.

Local and statewide small businesses are completing a majority of this work. As of September 2014, 40 small businesses have active contracts valued at $296 million on Construction Package 1, a 29-mile stretch from Avenue 17 in Madera County to East American Avenue in Fresno County. This phase of construction includes 12 grade separations, two viaducts, a tunnel and a bridge over the San Joaquin River. California-based Tutor Perini Zachry/Parsons (TPZP), A Joint Venture, is designing and building this first phase of the project.

Watch the video of the celebration speeches: http://new.livestream.com/sbscenic/hsr

The California High-Speed Rail Authority is responsible for planning, designing, building and operation of the first high-speed rail system in the nation. California high-speed rail will connect the mega-regions of the state, contribute to economic development and a cleaner environment, create jobs and preserve agricultural and protected lands. By 2029, the system will run from San Francisco to the Los Angeles basin in under three hours at speeds capable of over 200 miles per hour. The system will eventually extend to Sacramento and San Diego, totaling 800 miles with up to 24 stations. In addition, the Authority is working with regional partners to implement a statewide rail modernization plan that will invest billions of dollars in local and regional rail lines to meet the state’s 21st century transportation needs.

To learn more visit the Authority’s website at www.hsr.ca.gov and join us on facebook.com/CaliforniaHighSpeedRail and follow us at twitter.com/cahsra.