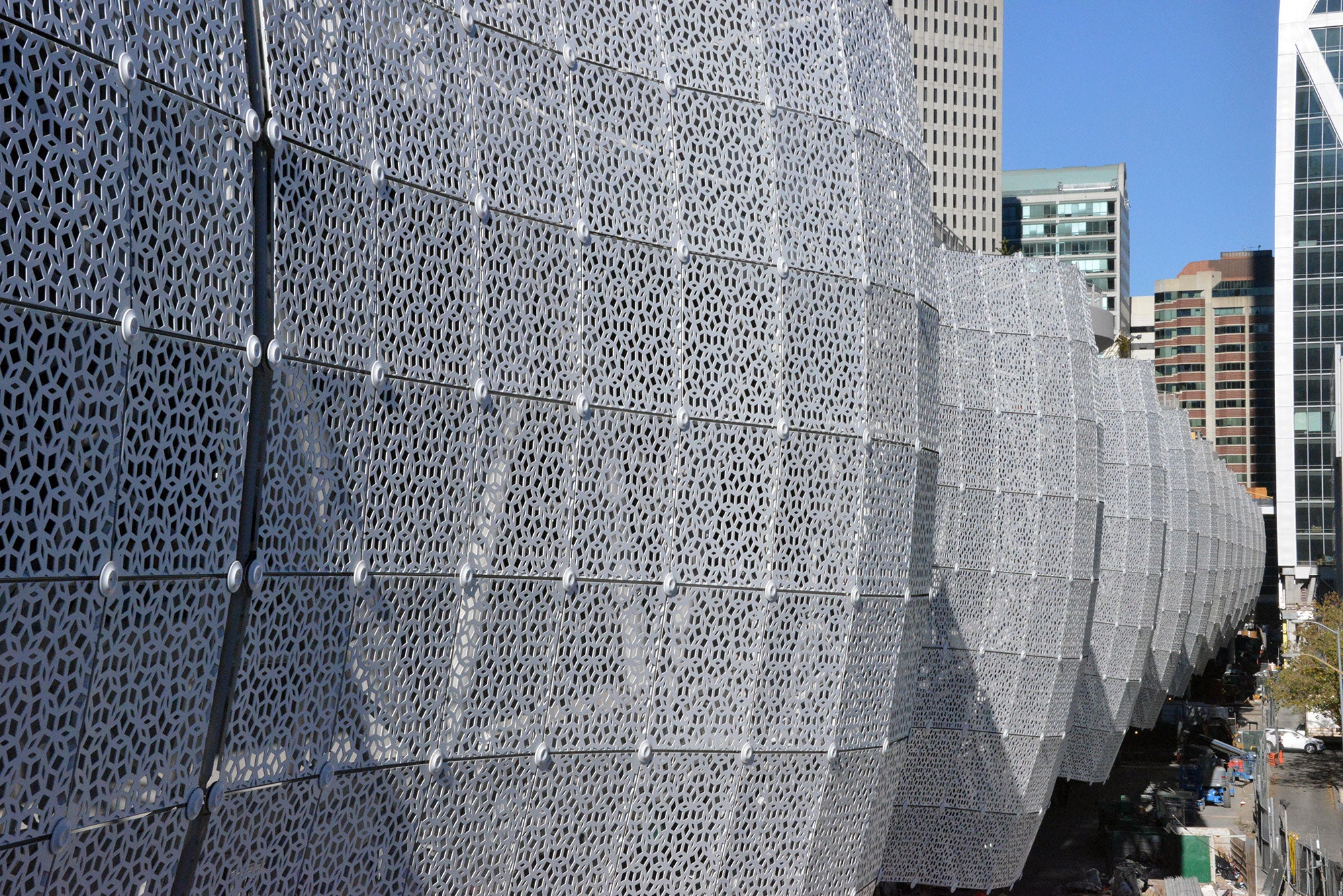 The Salesforce Transit Center is set to officially open to the public at noon on Saturday, August 11, 2018, with a neighborhood block party, while inaugural Transbay bus service by AC Transit and other regional bus agencies will begin on Sunday, August 12, 2018. The Transit Center is located at 425 Mission Street, at Fremont Street.

Constructed over the last eight years under the direction of the Transbay Joint Powers Authority (TJPA), the Transit Center replaces the seismically deficient 1930s-era Transbay Terminal with a modern regional transportation hub connecting transit systems throughout the Bay Area. It includes a 5.4-acre rooftop public park programmed with year-round free activities, a public art program and 100,000 square feet of shopping and dining. At one million square feet, the center stretches three blocks with four stories above ground and two stories below. The transit center will help ease traffic congestion, reduce pollution and make transit easier to use and more efficient.

The neighborhood block party will be held on August 11 from noon to 4 p.m., with fun, free activities for Bay Area families including music, fitness classes, games, tours and performances, as well as exhibits of historic and state-of-the-art buses. Participants will be able to venture out onto the center’s cable stay bridge that soon will carry buses from the Bay Bridge into the terminal — which the TJPA is billing as a once-in-a-lifetime opportunity. The event will also include pop-up retail shops, food trucks and cafes.

MTC is a major funder of the Salesforce Transit Center, providing more than $360 million for the $2.3 billion project. The stunning design features a curvilinear filigree metal skin that undulates along the length of the terminal. The 1,400-foot-long rooftop linear park will offer a variety of amenities, including an open-air amphitheater, gardens, trails, a children’s play space and a water feature that will synchronize with the movements of the buses below. A restaurant and cafe will open in the future, as will a gondola whisking visitors from the street level to the rooftop park.

Sponsors envisioned the hub as a destination in itself.  Per the project's website, "With interiors open to the light, it’s a sociable, open space for people to gather, topped by a leafy park where the sky is the roof."

The transit hub was conceived as the “Grand Central Station of the West” where a multitude of intercity bus lines with key intercity and trans-state rail systems will converge. Planning and design are underway for Phase 2: a 1.3-mile Downtown Rail Extension that will bring Caltrain from its current terminus at Fourth and King to the transit center. The center will also be the northern terminus for California’s High-Speed Rail system. The center is owned and operated by the TJPA, managed by Lincoln Property Co. and designed by award-winning Pelli Clarke Pelli Architects. It was built by WebcorObayashi Joint Venture.

San Francisco Muni began full operations out of the Bus Plaza at street level in June of 2018. The Temporary Transbay Terminal, which served buses since the original Transbay Terminal was demolished in 2010, will immediately cease operations when the transit center opens.

Retail Offerings
Nearly half of the tenant spaces are in lease; tenants include Fitness SF, OnSite Dental, Philz Coffee and Rick Howard Bar (Eddie Rickenbacker). Retail leasing agent, Colliers International, which is leasing the spaces on behalf of the TJPA, indicates the first permanent retail tenants will be open by mid-2019 and an additional 22 letters of intent are in negotiation, representing 95 percent of the center’s 100,000-plus square feet of retail space.

The brand new Salesforce Transit Center is a green infrastructure that enhances public transportation, reduces traffic congestion and serves as an economic catalyst. As San Francisco’s new downtown gateway, it will greet tens of thousands of residents, commuters and visitors daily, providing a dynamic destination while engaging, enriching and connecting people coming and going throughout the San Francisco Bay Area. 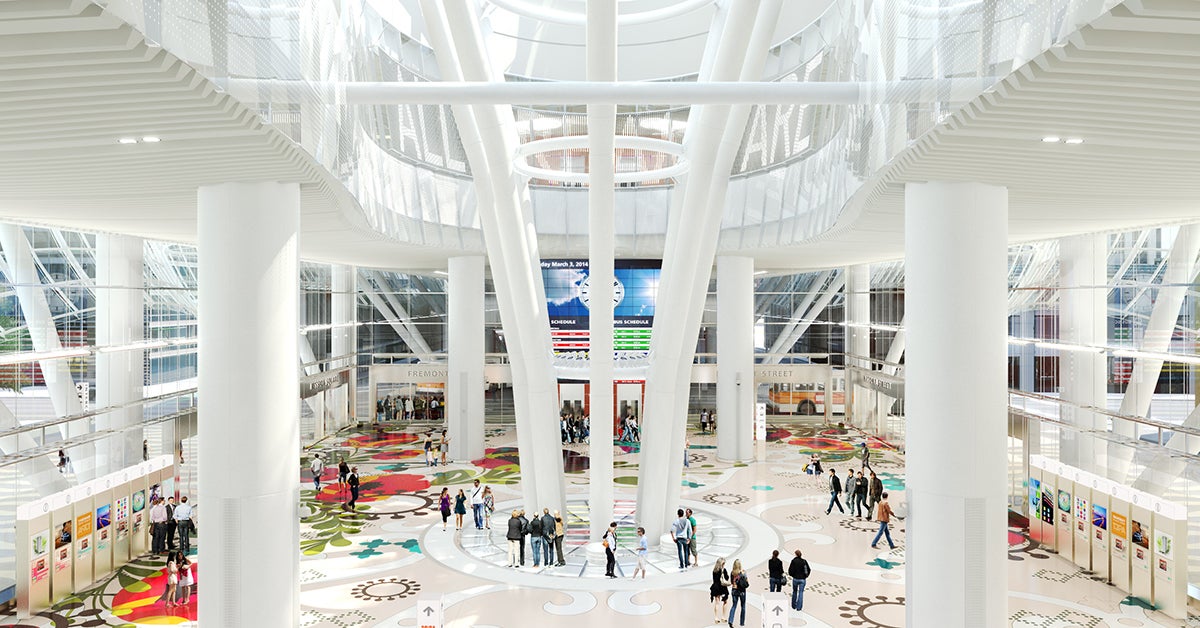