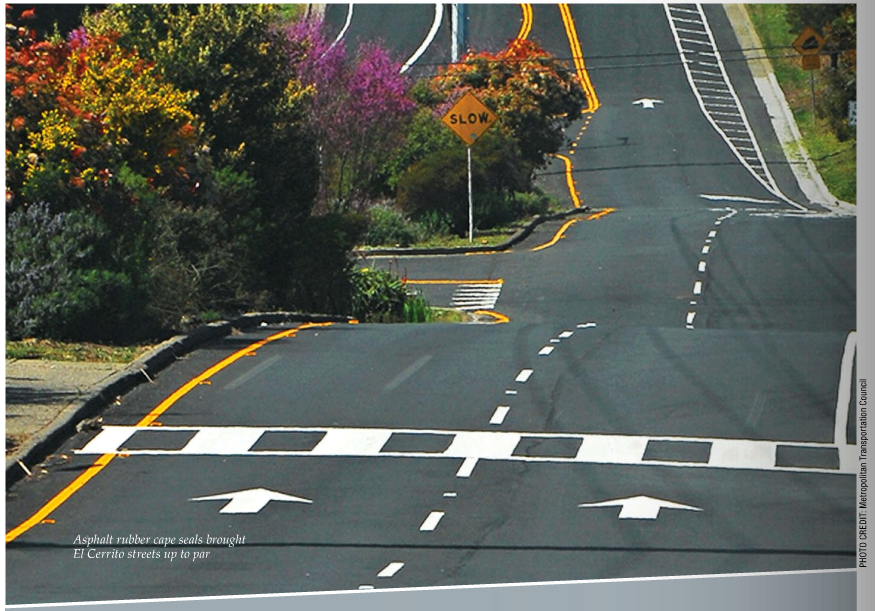 Newly-released pavement data reveals Contra Costa County has some of the smoothest roads in the Bay Area.

Contra Costa County is home to some of the best pavement in the Bay Area — and also some of the worst. Data released today by the Metropolitan Transportation Commission (MTC) show the county’s more than 7,100 lane-miles of city streets and county roads for the third straight year registered an average pavement condition index (PCI) score of 69 out of a maximum possible 100 points last year, as calculated on a three-year moving average basis. This compares to a three-year regional average of 66.

PCI scores of 90 or higher are considered “excellent.” These are newly built or resurfaced streets that show little or no distress. Pavement with a PCI score in the 80 to 89 range is considered “very good,” and shows only slight or moderate distress, requiring primarily preventive maintenance. The “good” category ranges from 70 to 79, while streets with PCI scores in the “fair” (60-69) range are becoming worn to the point where rehabilitation may be needed to prevent rapid deterioration. Because major repairs cost five to 10 times more than routine maintenance, these streets are at an especially critical stage. Roadways with PCI scores of 50 to 59 are deemed “at-risk,” while those with PCI scores of 25 to 49 are considered “poor.” These roads require major rehabilitation or reconstruction. Pavement with a PCI score below 25 is considered “failed.”

Brentwood — along with the Alameda County city of Dublin — topped the list of Bay Area pavement rankings for the 2013-15 period, with both cities reporting average PCI scores of 85.  Other Contra Costa County cities with three-year PCI scores in the “very good” range include El Cerrito (84), Clayton (81) and San Ramon (80). The lowest-ranked pavement in the county once again was found in Orinda, which recorded a PCI score of 49 for 2013-15.

“Thanks to support from Orinda voters, our city is slowly moving in the right direction,” said Orinda city councilmember and MTC Commissioner Amy Rein Worth, noting that the city boosted its three-year average by a single point last year while focusing pavement rehabilitation efforts on its busiest streets. “We raised the average PCI score on our major arterials to 81 last year. But Orinda has more than 90 miles of small residential streets, and our overall score of 49 reflects the fact that we still have a lot more work ahead of us.”

The complete 2015 Bay Area Pavement Conditions Summary — including percentages of local roadways in “excellent” or “very good” and “poor” or “failed” condition, and a listing of average PCI scores for the arterials, collector roadways and residential streets — in all Bay Area counties and cities is available at http://mtc.ca.gov/tools-and-resources/digital-library/pavement-condition-bay-area-jurisdictions-2015.

MTC’s Vital Signs website www.vitalsigns.mtc.ca.gov/street-pavement-condition provides even more detailed information on pavement conditions in each of the Bay Area’s nine counties and 101 cities, including both block-by-block analysis and a record of every municipality’s average PCI score for each year from 2003 through 2015. Those interested in a deeper look at the challenges facing the region’s local street and road network are invited to visit the MTC website at www.mtc.ca.gov/whats-happening/news/street-fight-overview and click on the link for a 2014 multimedia piece entitled “Street Fight: The Ongoing Battle for Better Bay Area Pavement.”

MTC is the transportation planning, financing and coordinating agency for the nine-county San Francisco Bay Area.