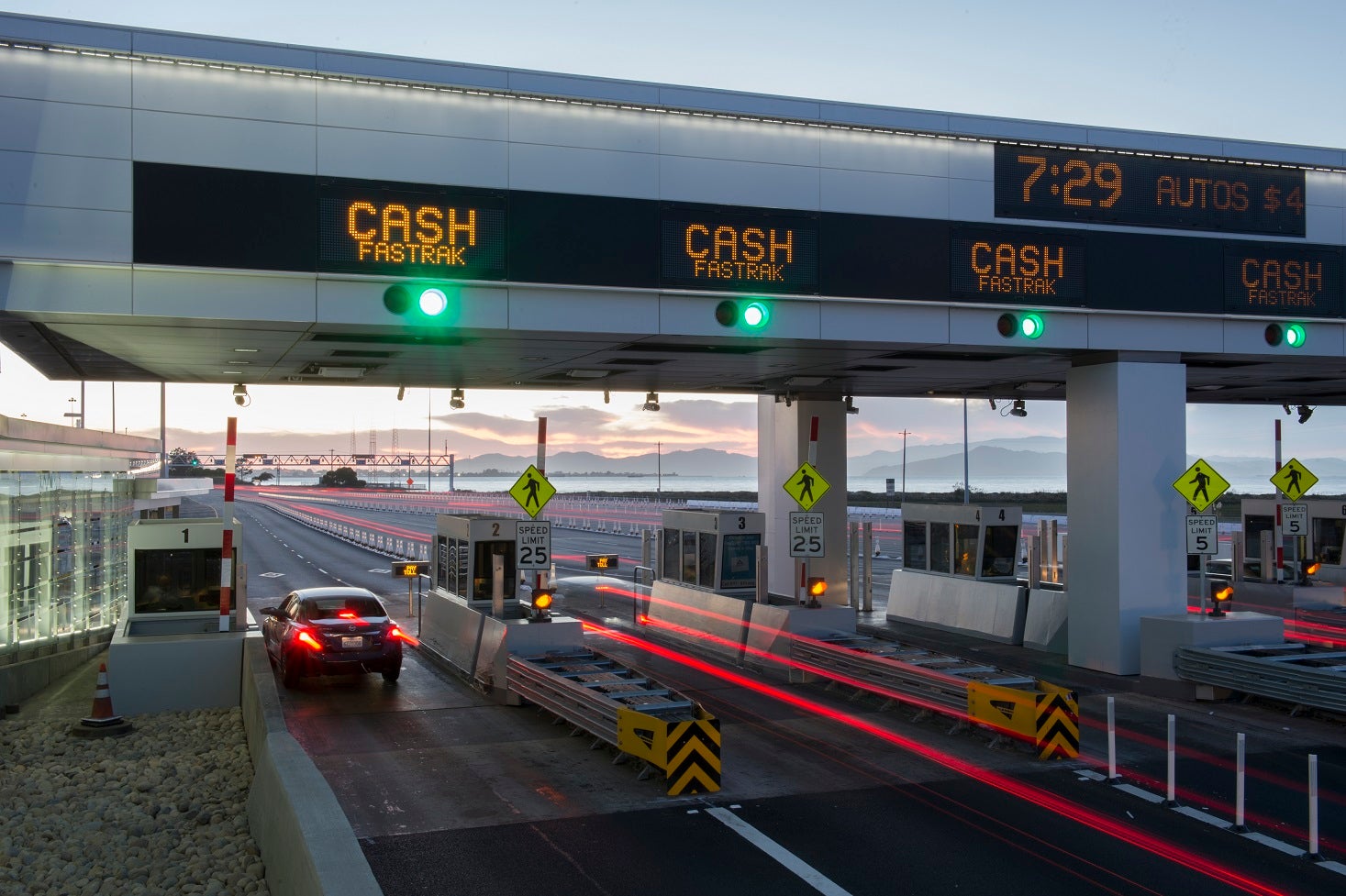 Law enforcement will have an easier time catching toll evaders and other law-breakers thanks to MTC-supported legislation that requires car dealers to install temporary vehicle license plates on all newly purchased vehicles. The measure, AB 516 by Assembly Speaker pro Tem Kevin Mullin (D-South San Francisco), was signed into law yesterday by Governor Edmund G. Brown, Jr. The law will make it easier to identify vehicles involved in a crime or traffic accident as well as curb the rapidly growing problem of toll cheating by owners of cars without license plates.

“I am extremely pleased that Governor Brown has signed AB 516,” said Mullin. “I also appreciate the tremendous support of agencies like MTC. Not only will the bill provide critical information to law enforcement agencies to help solve crimes, it will also return millions of dollars in revenue to Californians that agencies like MTC have been unable to collect as a result of toll evasion on bridges, toll roads and express lanes. This is revenue that can be used to benefit the Bay Area and in the bigger picture, all Californians.”

MTC estimates that the Bay Area loses some $11 million annually in uncollected tolls, while Southern California toll roads and express lanes lose $8 million — funds that otherwise would be used to reinvest in California’s infrastructure.

Various law enforcement agencies and the California New Car Dealers Association supported the bill, as did more than 5,000 individuals who signed an online petition after Michael Bonanomi was killed in a 2013 hit-and-run accident on a Southern California street by a motorist driving a car with a temporary, non-identifiable license plate.