Report to the Commission and the ABAG Executive Board: February 28, 2018 | News

Report to the Commission and the ABAG Executive Board: February 28, 2018 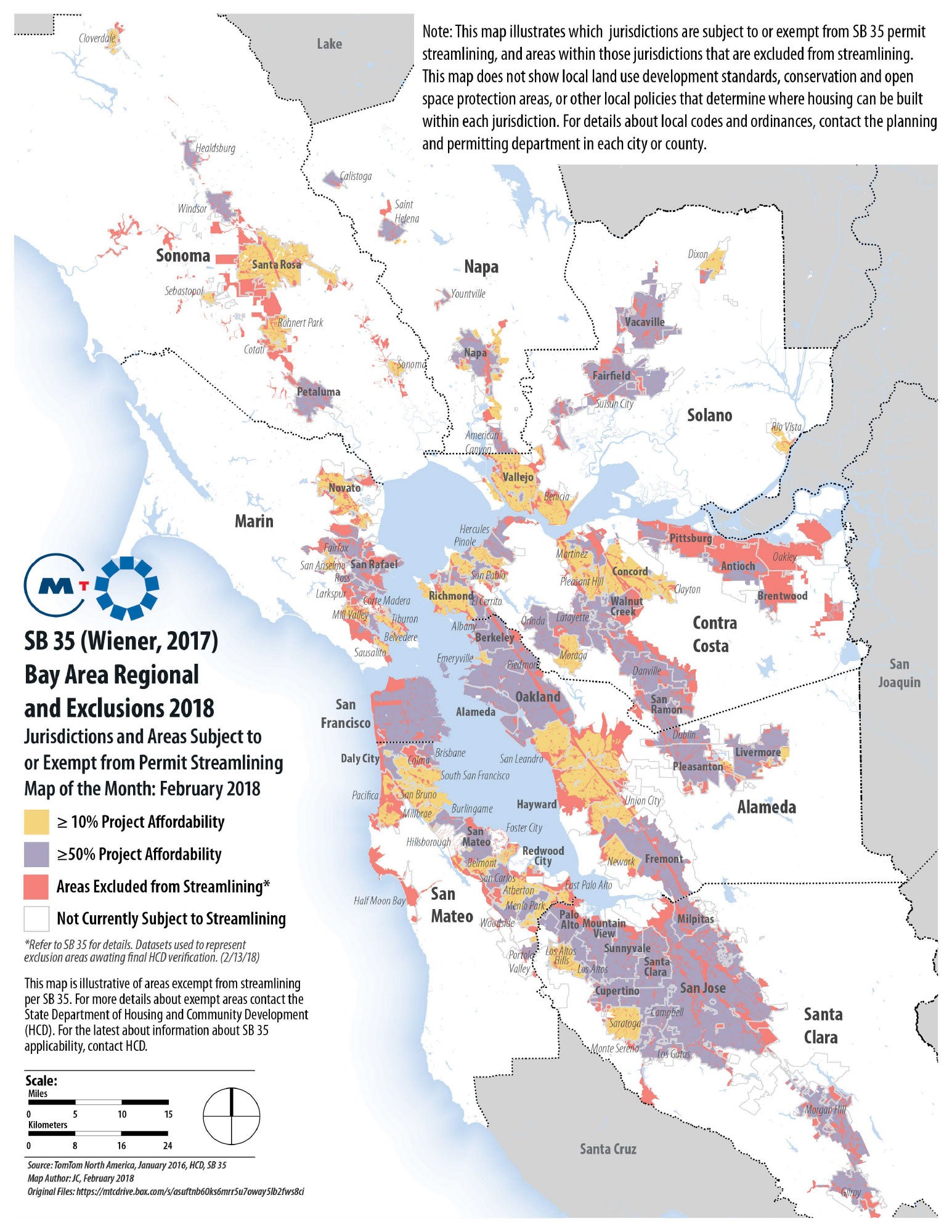 The second meeting of the CASA Steering Committee took place at the Bay Area Metro Center and focused on the initial list of actionable ideas that has been developed by the Technical Committee’s working groups to spur more housing construction as well as the preservation and protection of existing affordable housing units and tenants.

The Joint Legislative Audit Committee has approved a request from Assemblyman Marc Levine for the Bureau of State Audits (BSA) to conduct an investigation of the cost overruns and construction challenges associated with building the new east span of the San Francisco-Oakland Bay Bridge.  This is the latest in a long litany of outside reviews of the project.  In fact, the BSA conducted two prior audits of the project in 2001 and 2004.  The committee had rejected an identical request for a third audit from Assemblyman Levine last year, and in the interim we took the opportunity to respond to his list of questions submitted with that request.  The BSA audit is expected to take most of calendar year 2018 to complete.

We met with Ernie Sanchez, the new chief of the CHP’s Golden Gate Division, and his team to discuss ways to improve enforcement of the region’s extensive network of high occupancy vehicle (HOV) lanes.  We hope to work together on legislative and budgetary solutions to the problem over the coming months.

The Regional Planning Committee (RPC) hosted three lively presentations/discussions on affordable housing, seismic safety, and the upcoming Futures project.  In particular, the housing conversation included the release of the first two years of housing construction permit data (2015 and 2016) for MTC’s $80 million Housing Incentive Program (HIP) that is designed to reward cities that produce the most affordable housing through the year 2020.

I joined Hasan Ikhrata of SCAG and James Corless of SACOG in a presentation to the board of directors of the San Diego Association of Governments (SANDAG) about the importance of regional action in the transportation and housing policy arenas.  The SANDAG board is in the middle of recruitment for its next Executive Director and is also sorting through its response to governance reform legislation that was passed in Sacramento last year.

I joined Carole Galante from UC Berkeley and Russ Hancock, CEO of Joint Venture Silicon Valley, for a wide ranging conversation about the Bay Area’s transportation and housing challenges and what we could do about them.  In case you’re interested, you can find a You Tube record of the event on the new MTC/ABAG blog called The Bay Link: blog.bayareametro.gov.

On the same day as releasing its budget blueprint for FY 2019, the Trump Administration delivered its long-awaited 10-year infrastructure plan.  To paraphrase the good book: “What the right hand giveth, the left hand can taketh away.”  The two documents were a study in contrasts.  The infrastructure plan promised $200 billion of new federal funding, although never specifying where the money would come from.  Meanwhile, the budget proposed detailed cuts to the New Starts, TIGER, and Amtrak programs at U.S. DOT and similar metro-oriented pots of funding at U.S. HUD.

You may recall that one of the conditions of the city/BATA bridge loan to complete construction of the new Transbay Transit Center was the creation of a cost review committee to try to keep the project on better track.  We have met several times and were informed at our latest meeting that there is considerable pressure on the schedule to open the facility to bus service this summer.  At this point, that potential schedule slippage has yet to translate into a need to tap into the $100 million BATA portion of the bridge loan, but that situation may change.

At your January 2018 meeting, the Commission approved our list of four Bay Area projects to compete for funding in the new $1 billion Solutions to Congested Corridors program created by SB1.  I wanted to update you on two relevant developments in recent days, and they come in the nature of good news and bad news.  The bad news is that Caltrans decided to withdraw its support from one of the four Bay Area projects that we had jointly endorsed: the BART core capacity project.  We regret that decision.  The good news is that Caltrans has released a list of 13 prioritized projects that it is endorsing for CTC consideration, and the San Mateo/Santa Clara 101 express lanes project was ranked the #1 statewide priority for funding.  The other two Bay Area projects were ranked eighth and ninth.

The U.S. 101 express lanes project is noteworthy for another reason.  Its funding plan includes a $50 million commitment from private sector tech firms toward the construction cost of the project.  To my knowledge, this represents the first time in state history that commercial businesses (other than real estate developers) have committed private funds toward construction of a public highway.

Caltrans Director Malcolm Dougherty is leaving his post at the end of the month after a six-year tour of duty and Governor Brown has named Malcolm’s deputy, Laurie Berman, to be his successor.  Malcolm is the 8th Caltrans director with whom I have worked on the Bay Bridge project, and now he will not be the last.  I wish him well as he pursues his career in the private sector, and I look forward to working with Director Berman.

ABAG President David Rabbitt and MTC Chair Jake Mackenzie hosted a tour of the fire damaged areas of the Wine Country for members of the ABAG Executive Board and MTC Commission as well as senior staff.  Thanks to both of them for the informative briefing.

The latest meeting of the Bay Area Partnership featured a kind of “open mic” conversation with our many transportation partners about MTC’s growing policy role in the field of housing, especially as it relates to the use of transportation funding to incentivize the production of affordable units.