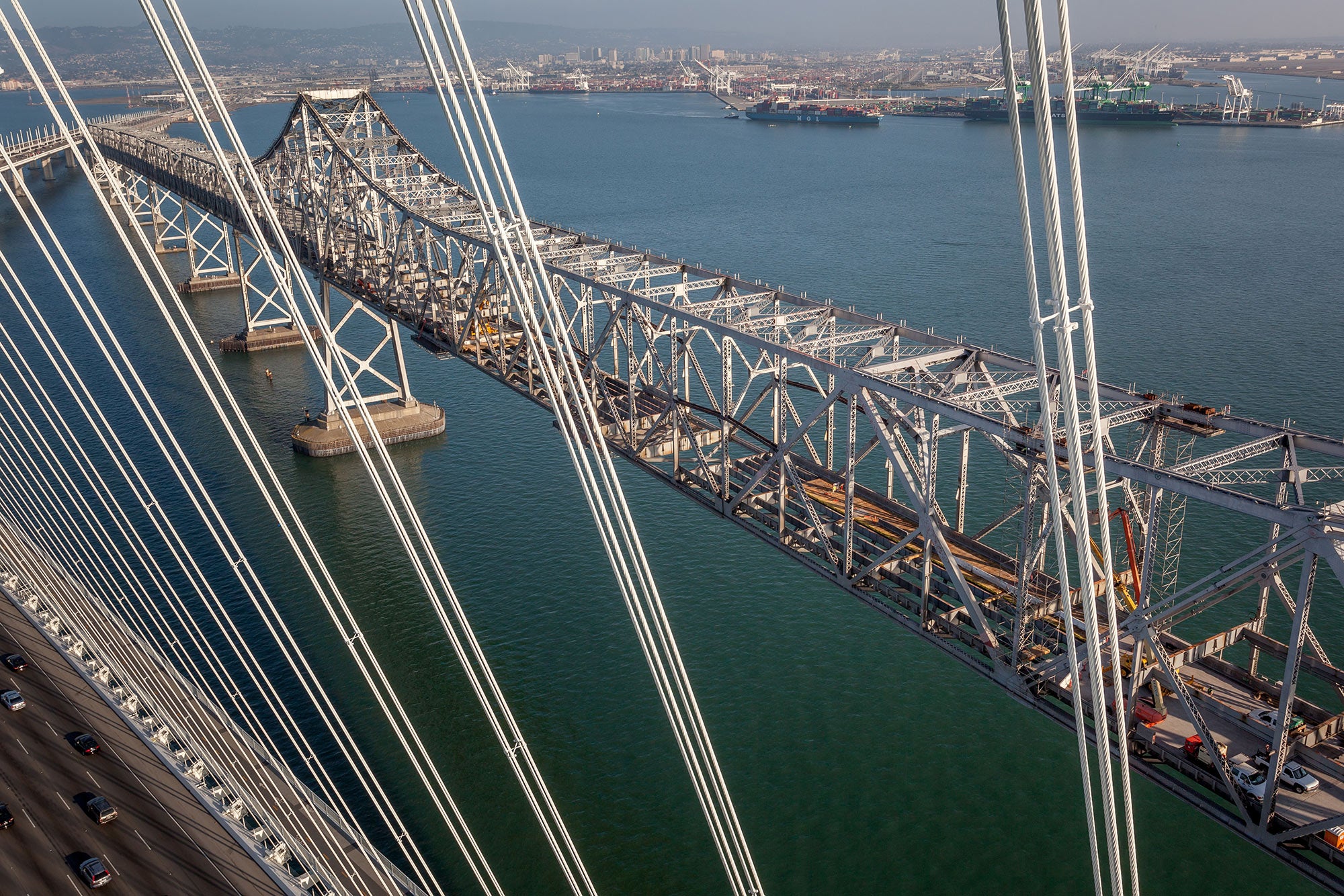 The Toll Bridge Program Oversight Committee (TBPOC) announced today a plan to simultaneously remove the east and west halves of the original Bay Bridge’s cantilever, which will put the removal of the entire structure back on schedule for completion in spring 2016.

"The demolition schedule began to slip because we focused on getting traffic onto the new bridge as quickly as possible,” said TBPOC chair and Bay Area Toll Authority Executive Director Steve Heminger. "By dismantling both sides of the cantilever simultaneously we will make up for lost time and expect to save money down the road.”

The cantilever demolition was initially scheduled to finish in spring 2016, but fell behind by several months after crews prioritized completing the new bridge to move traffic onto the safer structure. A delay would have negatively affected other contracts, including possible delay from birds that could begin nesting during a key part of the demolition project.

The TBPOC approved a $12.67 million increase to the cantilever removal contract, which will add equipment and crews and finish the project by spring 2016. The increase paves the way for subsequent demolition contracts to begin on time and to maintain the current budget for demolition of the original East Span. This increase to the cantilever contract is expected to be funded by cost savings at the end of all demolition.

The Toll Bridge Program also plans to test sequenced implosive charges to remove the Pier E3 foundation, a technique that could shorten the demolition schedule for the other 21 marine foundations as well as save budget. The contract increase will allow this test to move forward as planned, and not be pushed into environmentally sensitive seasons that could result in additional delays.

The contractor – California Engineering Contractors /Silverado Contractors (Joint Venture) – originally planned to first remove the cantilever’s west half and the Yerba Buena Island (YBI) Detour first, allowing the last section of bike/pedestrian path to connect to the island. Under the new plan, the CEC/Silverado will dismantle both cantilever halves simultaneously. The new bike path will connect to the island in summer 2015 rather than the originally scheduled fall 2014, as will the permanent eastbound on-ramp from YBI.

For the latest information on Bay Bridge demolition, visit BayBridgeInfo.org/demolition.