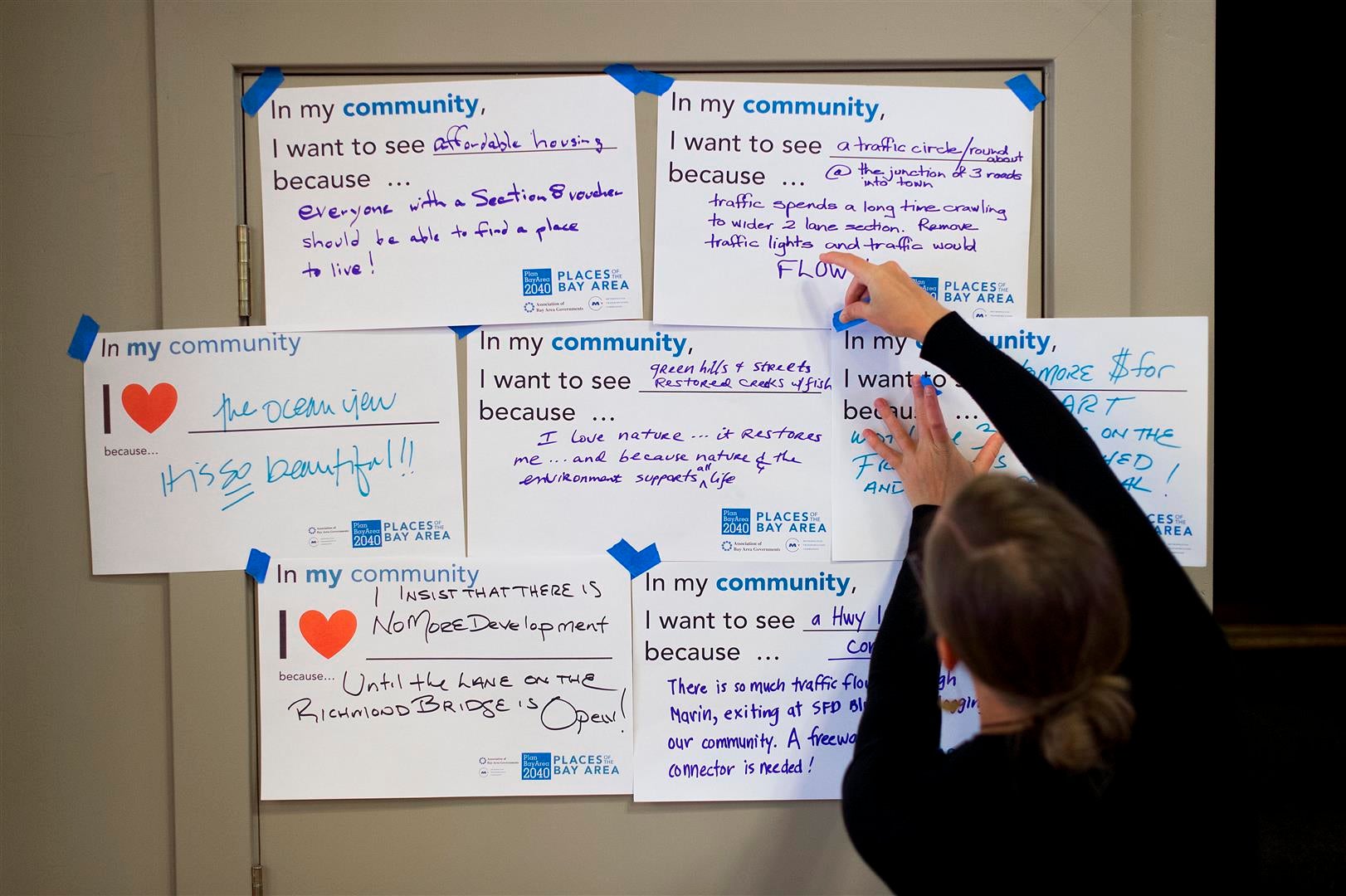 Noah Berger
Bay Area residents are invited to share their concerns and what they love most about the Bay Area at the three remaining open houses.
Friday, June 10, 2016

The Metropolitan Transportation Commission (MTC) and the Association of Bay Area Governments (ABAG) invite the public to open houses in Fairfield and Santa Rosa on Monday, June 13, and in San Francisco on Tuesday, June 14, to learn about an update to the region’s long-range transportation and housing roadmap known as Plan Bay Area 2040.

Bay Area residents who attend these open houses will have the opportunity to view displays and offer comments on long-term goals to reduce greenhouse gas emissions from cars and light-duty trucks, house the region’s projected population, improve public health, maintain the region’s transportation infrastructure, and preserve open space, among others. Displays also will feature the schedule and key milestones for the plan update. Planners have prepared several alternative scenarios for what the Bay Area could look like in 2040, and are seeking the public’s help in selecting desired features among these alternatives, and in prioritizing transportation investments.

The meetings in Solano, Sonoma and San Francisco counties are the final three open houses in a series that has been held in all nine Bay Area counties since May 26. Residents unable to attend an open house are invited to join the online discussion at planbayarea.org or share your thoughts on Facebook or Twitter. Note that if you need an interpreter or other assistance in order to participate, we require three days’ notice in order to provide reasonable accommodation. For more information, call (415) 778-6757.