Regional bike share network now has over 300 bicycles at 34 stations in San Jose, in addition to San Francisco, Oakland, Berkeley and Emeryville service 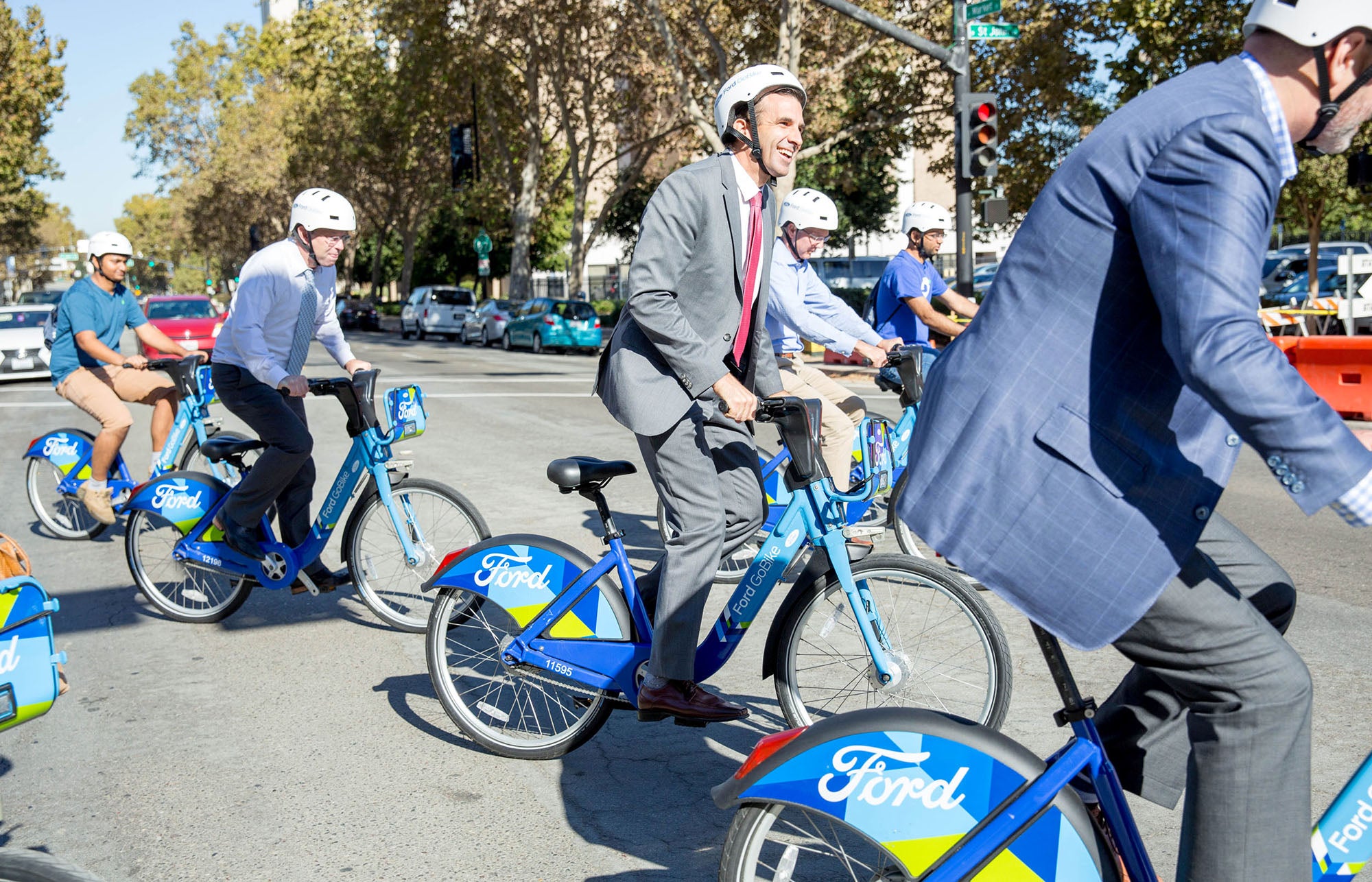 Adapted from a release by Ford GoBike

“From swiping their Clipper® card to earning Alaska Airline miles, our unique partnerships are giving Ford GoBike riders new ways to explore the possibilities of urban mobility,” said Jay Walder, president and CEO of Motivate, which operates Ford GoBike. “Ford GoBikes have already become a key part of the transportation network in the Bay Area. We’re proud to provide San Jose residents with reliable, safe and equitable service and a fun new way to get around town.”

“We’re thrilled to offer the first-ever member rewards program for Ford GoBike that will help 2 travelers take advantage of the beautiful Bay Area,” said Diana Birkett Rakow, Alaska Airlines’ vice president of external relations. “Not only are Bay Area guests getting to know Alaska Airlines and our award-winning service, but residents will also continue to see our strong commitment to the community like our contribution to Salvation Army’s North Bay relief efforts. As part of creating an airline that people love, we’re dedicated to providing affordable, sustainable and convenient travel options.”

“Downtown San Jose is growing rapidly, and Ford GoBike is leading the way to get folks out of their cars and commuting in style," said Councilmember Raul Peralez, who represents downtown San Jose. "Thanks to Motivate and Alaska Airlines for their continued investment in our city."

As part of the founding partnership, Alaska Airlines is the marketing sponsor of 100 percent of Ford GoBike stations in San Jose and 250 stations throughout the Bay Area.

San Jose is part of the regional network of Ford GoBike, which now consists of 240 stations throughout San Francisco, Oakland, Berkeley and Emeryville, as well as San Jose. Expansion in San Jose is well underway and continuing: in addition to the 34 existing stations and nine planned stations being installed soon, 21 additional stations have been proposed and are going through the community review process. By the end of 2018, there will be more than 80 stations in San Jose. San Jose residents ages 18 and older who qualify for Calfresh, SFMTA (Low Income) Lifeline Passes or PG&E CARE utility discount are also eligible for a $5 annual Ford GoBike membership through the Bike Share for All program, developed in partnership with the MTC.

Alaska Airlines joins other major brands including Ford in the Bay Area, and others including Nike, Citi, Blue Cross Blue Shield, and Hulu, that have made major investments in bike share programs from New York City to Portland to support smart mobility and sustainability.