Ford GoBike on Fast Track for Equity, Inclusion as "Bike Share For All" Hits 500-Member Mark 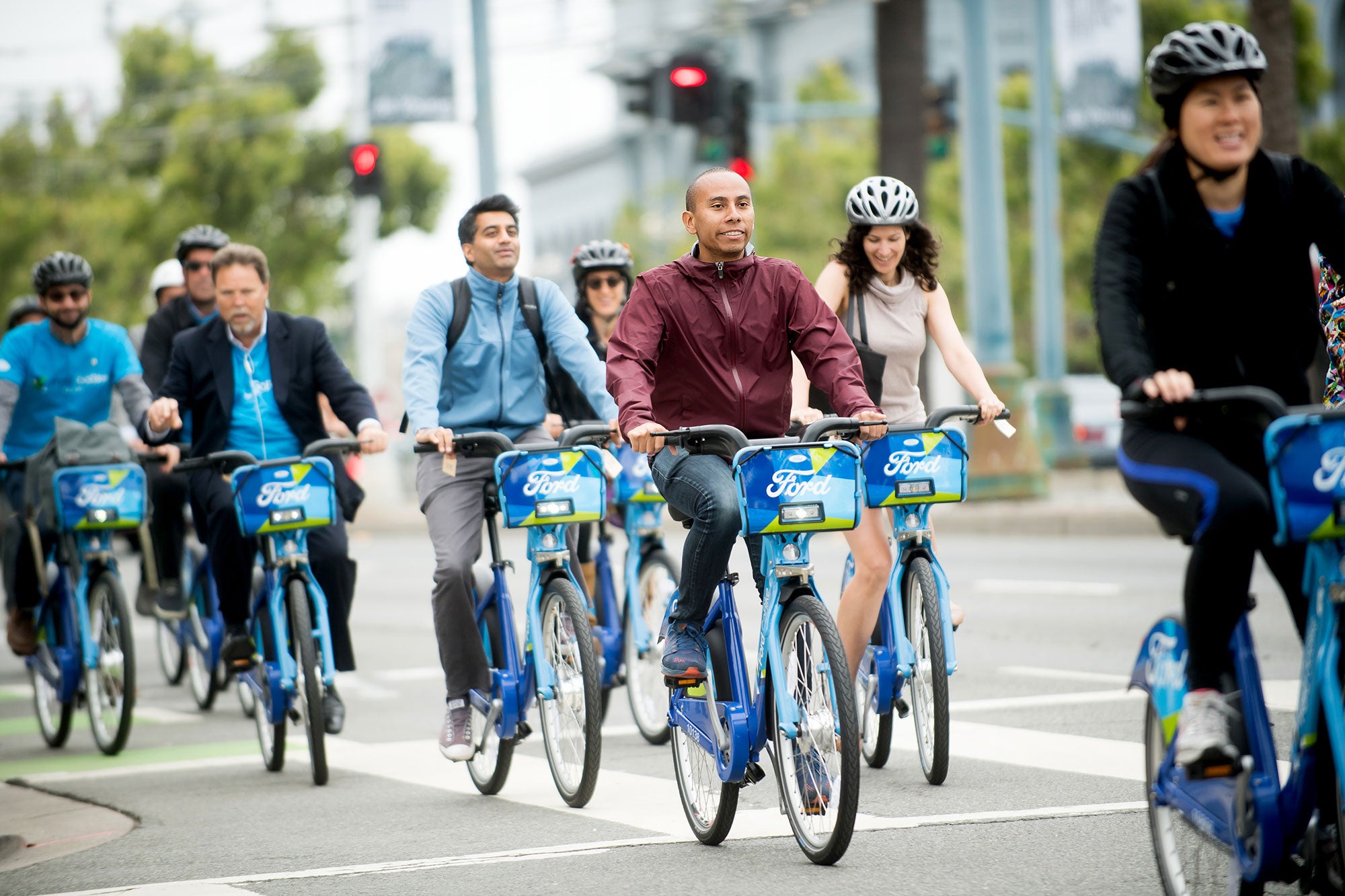 Adapted from a Ford GoBike release.

Ford GoBike today announced that it has attracted 500 low-income members so far thanks to its ambitious social equity initiative, called “Bike Share For All."

The program is designed to help both eliminate financial barriers for low-income riders and expand availability and multilingual outreach in communities historically underserved by traditional modes of transit.

“We are thrilled to see the rapid growth of Bike Share for All members in our first two months of operation,” said Ford GoBike General Manager Emily Stapleton. “Bike share equity is a core value for all of us at Ford GoBike, and this program’s success reflects that. Bike Share For All is fulfilling our vision of bike share as a mobility option that’s accessible, inclusive and affordable to all, no matter their income.”

The Bike Share For All program includes a steeply discounted low-income rate for Ford GoBike membership made available to eligible Bay Area residents. Following a $5 first-year rate offered as an introductory special, the low-income $5 monthly rate in subsequent years is roughly one-third the cost of a standard membership and makes Ford GoBike one of the cheapest transportation options in the region. Eligibility for Bike Share For All’s low-income rate is easily established by verification of participation in income-based assistance programs as Calfresh, SFMTA’s Low Income Lifeline Pass, or PG&E’s CARE utility rate discount.

Recognizing the high transportation costs facing low-income and unbanked residents in the Bay Area, Ford GoBike struck partnerships to make in-person, cash payment options available for its Bike Share For All low-income memberships. Discounted low-income memberships are currently available for cash purchase at locations in the East Bay and San Francisco, including at four BikeHub sites at the Downtown Berkeley BART station, 19th Street BART station in Uptown Oakland and Fruitvale BART station as well as the Caltrain station in San Francisco. Cash memberships can also be purchased at The Hub, a transportation service center operated by MTC at its offices, located at the Bay Area Metro Center, 375 Beale Street, San Francisco.

Ford GoBike is continually pursuing new community partnerships to extend the the availability of Bike Share For All membership cash payment sites, and current locations and hours of operation are continually updated on the Bike Share For All web page. Bike Share for All’s discounted annual memberships offer the same access and benefits as standard-priced Ford GoBike memberships, including use of a Clipper Card to unlock bikes, with still another added benefit: Bike Share For All members get an extended maximum ride time of up to one-hour for every trip — 15 minutes longer than trips allowed by those with standard memberships. This additional time for Bike Share for All members is a reflection of the community feedback received during the planning process, during which Ford GoBike heard that additional time for low-income residents would help those with longer commutes and would also and reduce anxiety around incurring fees for extra time.

Ford GoBike’s commitment to bike share equity is also rooted in the regional bike share network’s founding vision, developed in early planning stages of a public-private partnership between global bike share leader Motivate and MTC. In its 2015 agreement with MTC, Motivate committed to place at least 20 percent of the system’s bike share stations in MTC-designated “Communities of Concern” — areas with significant concentrations of minority communities, low-income households, non-English speakers or single-parent households, among other factors.

With its massive expansion to a 7,000-bicycle regional network underway through next year, Ford GoBike has not only met its commitment, but exceeded it. Today, nearly one-third of Ford GoBike stations are located in MTC-designated Communities of Concern — far surpassing its 20 percent commitment.

MTC and Motivate teamed up to create an outreach fund totaling $260,000, which provides multilingual education and published material to better inform residents in communities of concern about how Ford GoBike works, where stations are located in proximity to residents’ neighborhoods, and the availability of discounted membership options for low-income users. This outreach and education work is being led by local transportation advocacy non-profit TransForm and local community-based organizations, which recently launched a website — www.bikeshareforall.org — to serve as a portal for the community engagement.

Motivate, the global leader in bike share, operates tens of thousands of bikes across four continents. Motivate systems, including Citi Bike in New York, Divvy in Chicago, Capital Bikeshare in the D.C. area, Hubway in the Boston area, BIKETOWN in Portland, and Ford GoBike in the San Francisco Bay Area, are responsible for over 80 percent of bike share trips taken annually. To learn more please visit the Motivate newsroom at https://www.motivateco.com/news.