Future Environmental Leaders Make a Stop at the 2016 YES Conference 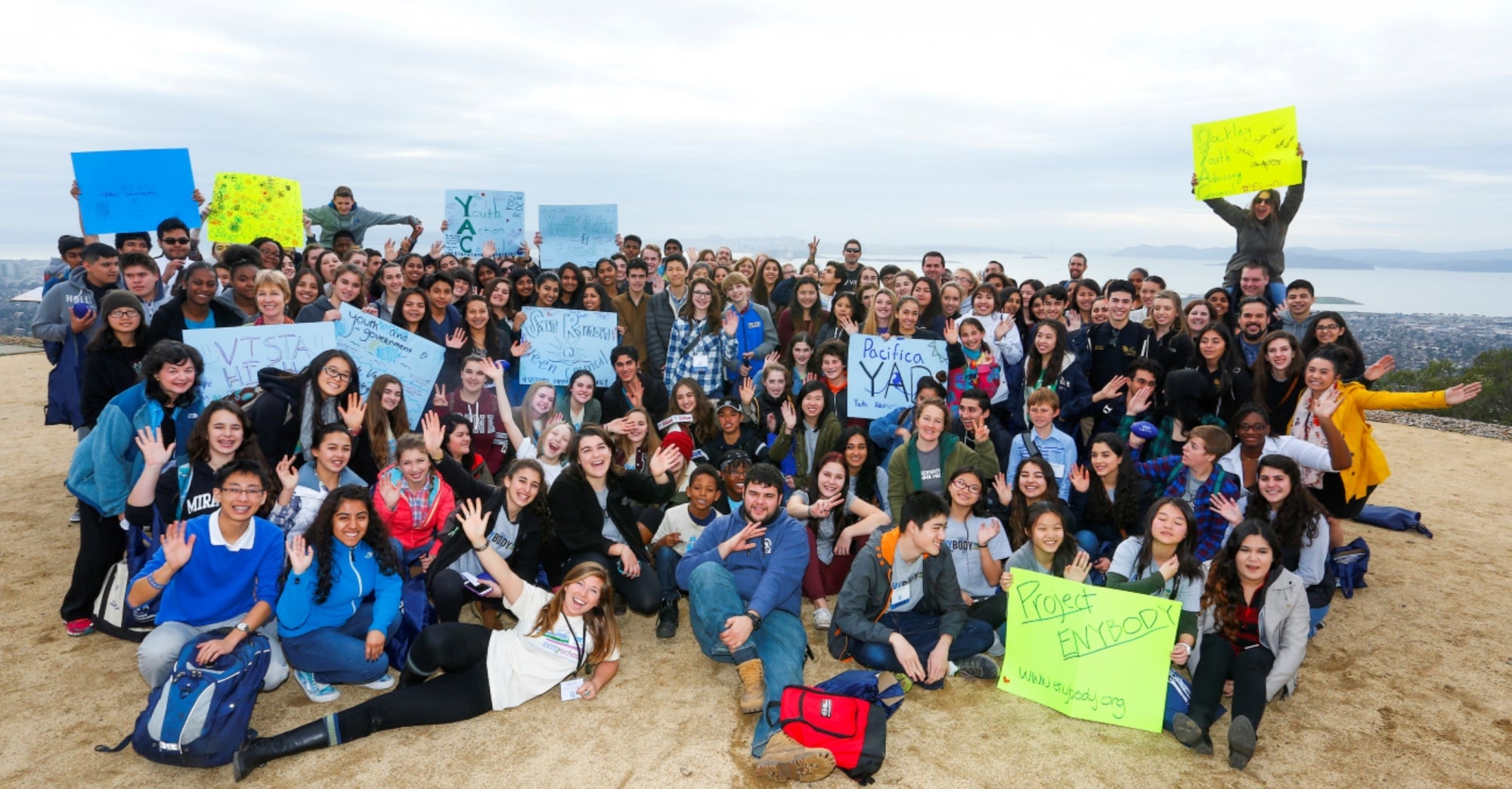 The 2016 YES Conference attendees smile for a group photo holding the posters they made during the day-long conference at UC Berkeley's Lawrence Hall of Science.

The next generation of environmentalists and climate change scientists gathered at the Youth for the Environment and Sustainability 2016 Conference—or YES Conference—at UC Berkeley’s Lawrence Hall of Science on January 30, 2016 to present and discuss projects they have started at school to reduce the impacts of climate change. Some 250 students from as young as eight to seniors in high school attended sessions on air quality, urban forestry, local water resources and Safe Routes to School programs.

Part of the Spare the Air Youth program, sponsored by the Metropolitan Transportation Commission (MTC) and the Bay Area Air Quality Management District, the YES conference encourages walking and bicycling to school and other efforts to reduce greenhouse gas emissions. Students and professionals in the environmental field from all over the Bay Area shared success stories and discussed ways to apply these strategies to their respective communities. The all-day conference included student-led workshops, student keynote speakers, and a welcome from MTC Commissioner and City of Berkeley Mayor Tom Bates. Staff members from the Aquarium of the Bay parked their Baymobile on the lawn and led a hands-on activity to illustrate how increased carbon emissions have impacted the Bay’s marine ecosystem. Staff from the Bikemobile also led bike repair workshops to teach basic bike mechanics and to promote bicycling.

Anna Silverman, a seventh grader, leads the Safe Routes to School program at A. E. Kent Middle School in Marin County, where she and her classmates have started creative campaigns like the “DoNut Drive,” which looks like the words “Do Not Drive,” to reward students that bicycle or walk to school. When asked why this was important to her, Anna said, “This is the only Earth we have. If we don’t do anything now, we could experience even greater climate change effects.”

Some parents of the students also chose to spend their Saturday at the YES Conference. Parent Bret Bartlett, who attended the conference for the first time with his son Brady, said “I was impressed that the kids put so much effort into their projects. The students already learn this material in school, but the conference teaches students how to apply it in their lives.”

Inaugurated in 2013, the conference has doubled in size and has added new workshops with every year. MTC Public Information Officer and YES Conference coordinator Leslie Lara said, “The YES Conference is a unique opportunity for students to develop leadership skills, showcase their work and meet other teens equally as passionate about the environment as they are.”

As a returning attendee of the YES Conference, Evan Lu, a senior at Irvington High School in Fremont said “I want more friends to come to the conference because the more they know, the more likely they are to change the environment.” Evan is part of the Safe Routes to School program and organizes the Golden Sneaker Contest, which awards the classroom with the highest number of students using healthy transportation options with a class party and a golden sneaker trophy. To Evan, these efforts are needed because “we need to change the world before it’s too late.”

Students from throughout the nine Bay Area counties came together to discuss transportation, clean air, climate change and a healthy San Francisco Bay Area at the 3rd Youth for the Environment and Sustainability (YES) Conference, held this year at the Lawrence Hall of Science at UC Berkeley.

2016 Youth for the Environment and Sustainability (YES) Conference