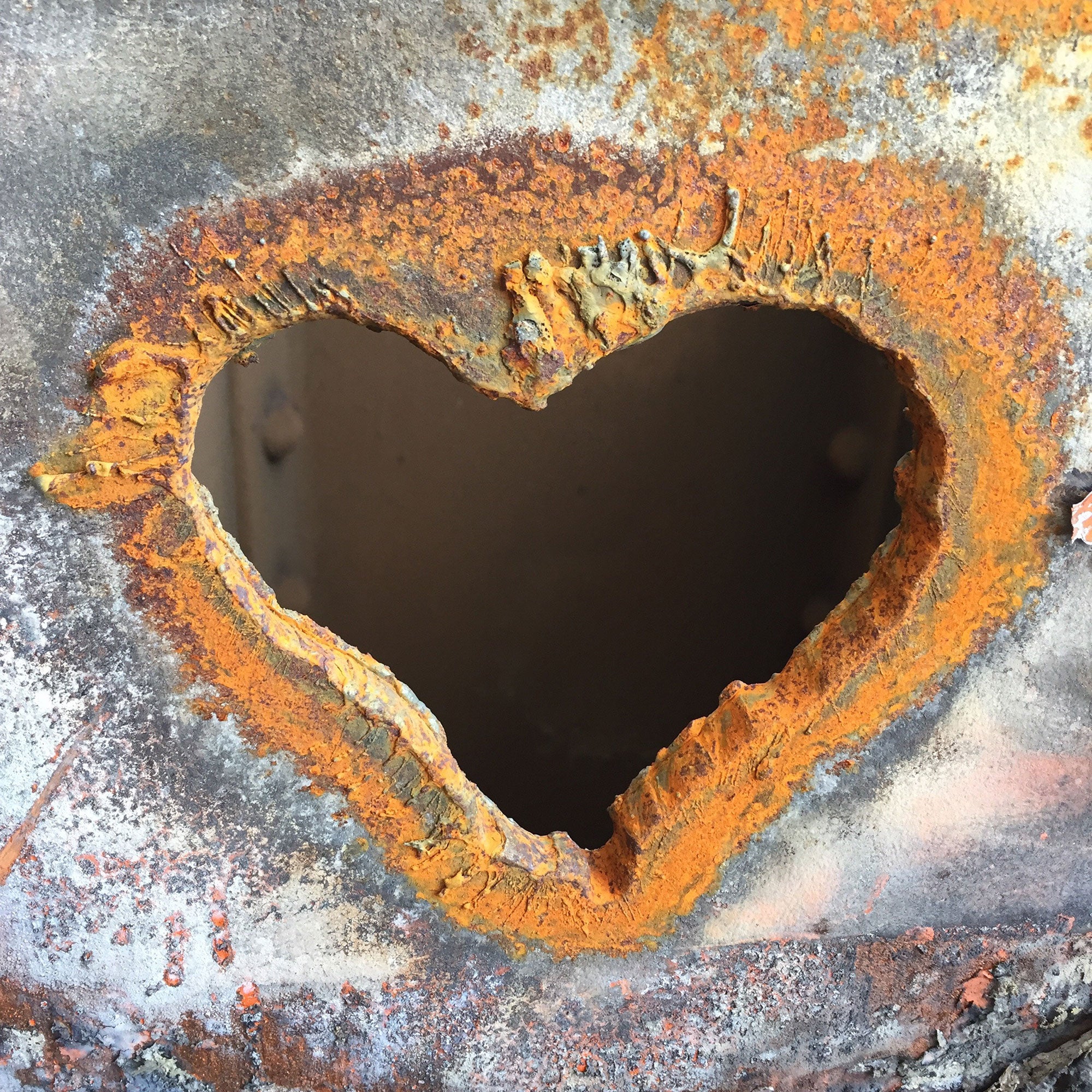 Karin Betts
An anonymous ironworker got into the spirit of turning salvaged steel into art by carving a heart in a chunk of the old East Span.
Thursday, August 25, 2016

Bay Area artists, landscape architects, designers and planners toured a salvage yard at the demolition site of the old East Span of the San Francisco-Oakland Bay Bridge in mid-August to view stacked and scattered iconic steel elements that are included in the Oakland Museum’s Bay Bridge Steel Program. First announced in June 2015, the program was created in response to significant public interest from Bay Area artists and creative communities to make steel from the bridge available for reuse in civic and public art projects.

All of the steel elements available via the creative reuse program have been cut from the mid-section of the under-demolition East Span, and are being sandblasted to remove lead paint and other surface material. These pieces include representative and recognizable steel members such as vertical latticed struts, top joint knuckles and diagonal braces, eye-bars, trusses and rivets. The longest linear steel sections are 40 feet long and weigh up to 3.6 tons each.

The intent of the Bay Bridge Steel Program is to preserve the historic East Span’s legacy and visibility as a beloved landmark and icon via public art projects throughout the state. The angles, hard edges and latticed trusses of the old East Span can once again become attractions for future generations to experience and enjoy.

In the first two rounds of applications, six artists, designers and design firms were awarded steel from the East Span demolition for public projects in the Bay Area cities of Oakland, San Francisco and Petaluma, as well as two California towns hundreds of miles away from the Bay: Truckee and Joshua Tree. The awarded projects span the gamut, from a sound-and-light sculpture fabricated from an old Bay Bridge warning light, to an overlook and viewing platform created from bridge trusses for a park on San Francisco eastern waterfront, to a public railroad platform for the miniature riding railroad at the Truckee Donner Parks and Recreation Regional Park.

To date, about half of the available steel has been allocated to awarded projects. The third and final round of applications has a deadline of December 1, 2016. Applicants and the public may learn more by visiting the Oakland Museum of California’s website.