Report to the Commission and the ABAG Executive Board: May 23, 2018 | News

Report to the Commission and the ABAG Executive Board: May 23, 2018 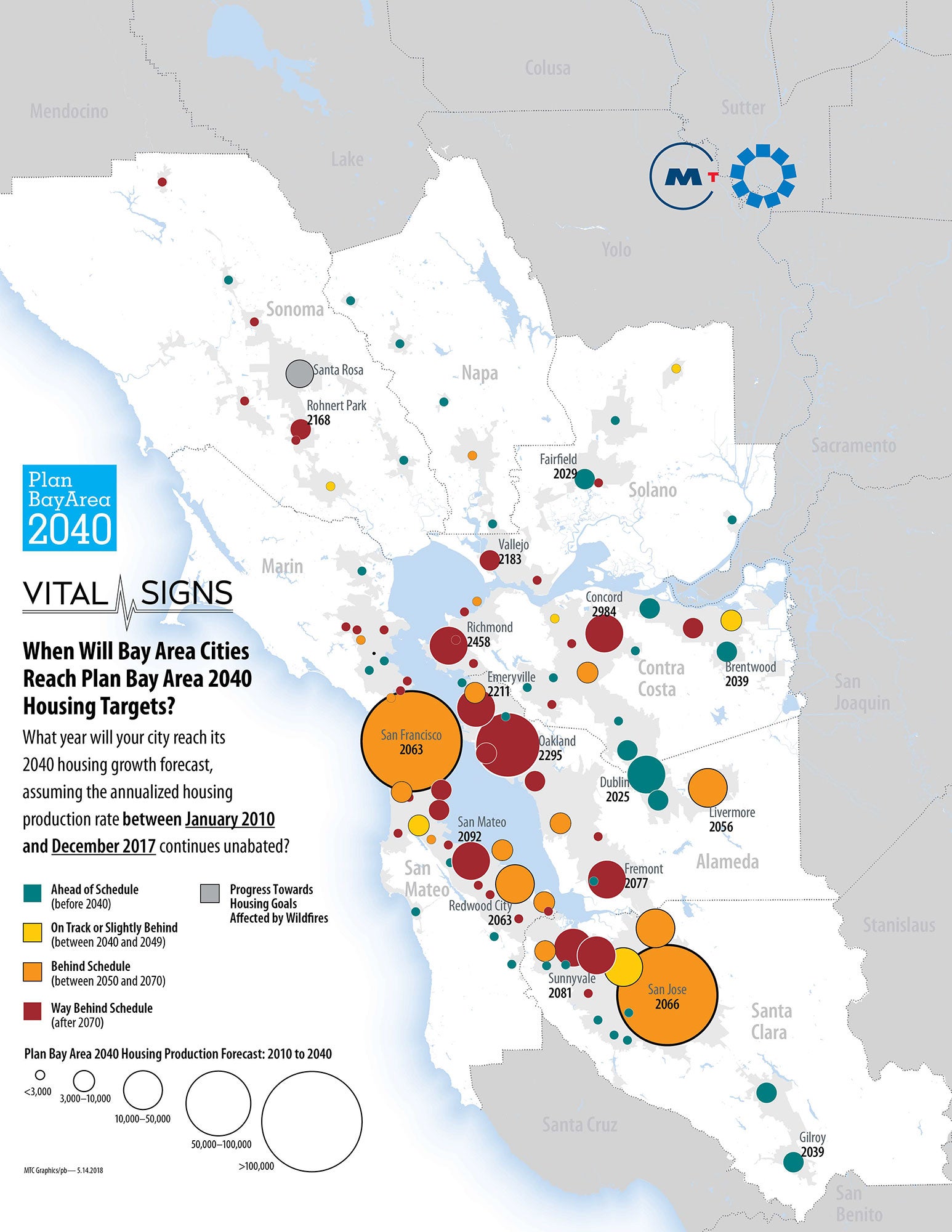 From a metropolitan perspective, the reauthorization of the Federal Aviation Administration is somewhat afield from our customary focus on surface transportation. But this bill included a successful floor amendment pertaining to MPO governance at the Metropolitan Council, the MPO for the Twin Cities of Minneapolis and St. Paul. The Met Council is currently the only MPO in the country that does not include local elected officials on the governing board. That board is composed of 17 members, all appointed by the governor. The amendment by Rep. Jason Lewis (D-MN) would require the appointment of local officials for the first time.

The CASA Steering Committee met for a third time and heard from a panel of experts about the fiscalization of land use under state law and possible remedies thereto. The committee also heard an update on the activities of its numerous technical working groups developing ideas to advance the "3 P's" of the project: protection, preservation and production of housing.

The California Transportation Commission (CTC) and California State Transportation Agency (CalSTA) released their recommendations for spending some $5.3 billion worth of gas tax and cap & trade revenue, and the Bay Area fared quite well. The tale of the tape is that the region is slated to receive nearly 30% of the funds statewide in four different funding pots: congestion relief, goods movement, local partnership, and transit/intercity rail investment.

Meeting with Senator Wiener
May 1, Sacramento

ABAG President David Rabbitt joined MTC Commissioners Aguirre and Spering in a wide-ranging discussion with their former colleague about his legislative agenda for affordable housing.

I joined my colleague Phil Washington, CEO of LA Metro, for a panel discussion about the difficulties of building large projects in the contentious regions of California. It was a bit of a "dog bites man" conversation, but enjoyable nonetheless.

The Non-profit Housing Association of Northern California held their 22nd annual awards event. I was quite humbled to receive their Distinguished Public Sector Leader award at the event.

I attended the last in-person meeting of the steering committee overseeing a major study of the future of the Interstate Highway System. We must deliver our report to the Congress by December 2018.

Thanks to the record number of MTC Commissioners and ABAG Directors who participated in this annual event. There is plenty of photographic evidence on the MTC website. I rode for the second time this year, but for the first time on one of those snazzy Ford electric bikes. For those of you who haven't tried one, it really feels like cheating. Early estimates are that nearly 100,000 Bay Area residents cycled on Bike to Work Day.

The regular monthly meeting of the CASA Technical Committee was consumed by discussion and debate of several potential strategies to generate new revenue to subsidize construction of affordable housing.

Chart of the Month

We've talked ad nauseam about the mismatch between the region's job creation and housing production during this lengthy recovery from the Great Recession, but I think this chart tells the story better than 1,000 more words. At the six-year milestone of the Plan Bay Area 30-year time period, every single county is over-performing its job forecast (some by massive amounts) and every single county is under-performing its housing forecast (almost all by a wide margin). It's a sobering reminder of how far we have to go to get the Bay Area's red-hot economy and its anemic residential sector into better balance.

When Will Bay Area Cities Reach Plan Bay Area 2040 Housing Targets?
To beat a dead horse, May’s Map of the Month highlights the continued housing production challenges in the Bay Area, comparing Department of Finance housing production data between January 2010 and December 2017 with the Plan Bay Area 2040 housing forecasts by jurisdiction.  This map shows the year that each city or town would meet its Plan Bay Area 2040 housing growth forecast if it continues on its recent production trajectory, during this lengthy economic expansion.  Not surprisingly, most jurisdictions are lagging the Plan’s housing goals – meaning that the region won’t reach its 2040 housing goal until 2072 at the current pace. Notable bright spots for housing production include: Dublin, Pleasanton, and San Ramon in the  Tri-Valley; Pittsburg and Brentwood in eastern Contra Costa County; Fairfield in Solano County; and Gilroy and Morgan Hill in southern Santa Clara County. Of the big three cities, San Francisco and San Jose are somewhat behind where they need to be, while Oakland would not reach its 2040 housing goal until 2295 given its pace of development since 2010. Additional analyses on housing trends through 2017 will be publicly released on the Vital Signs performance monitoring website next month.