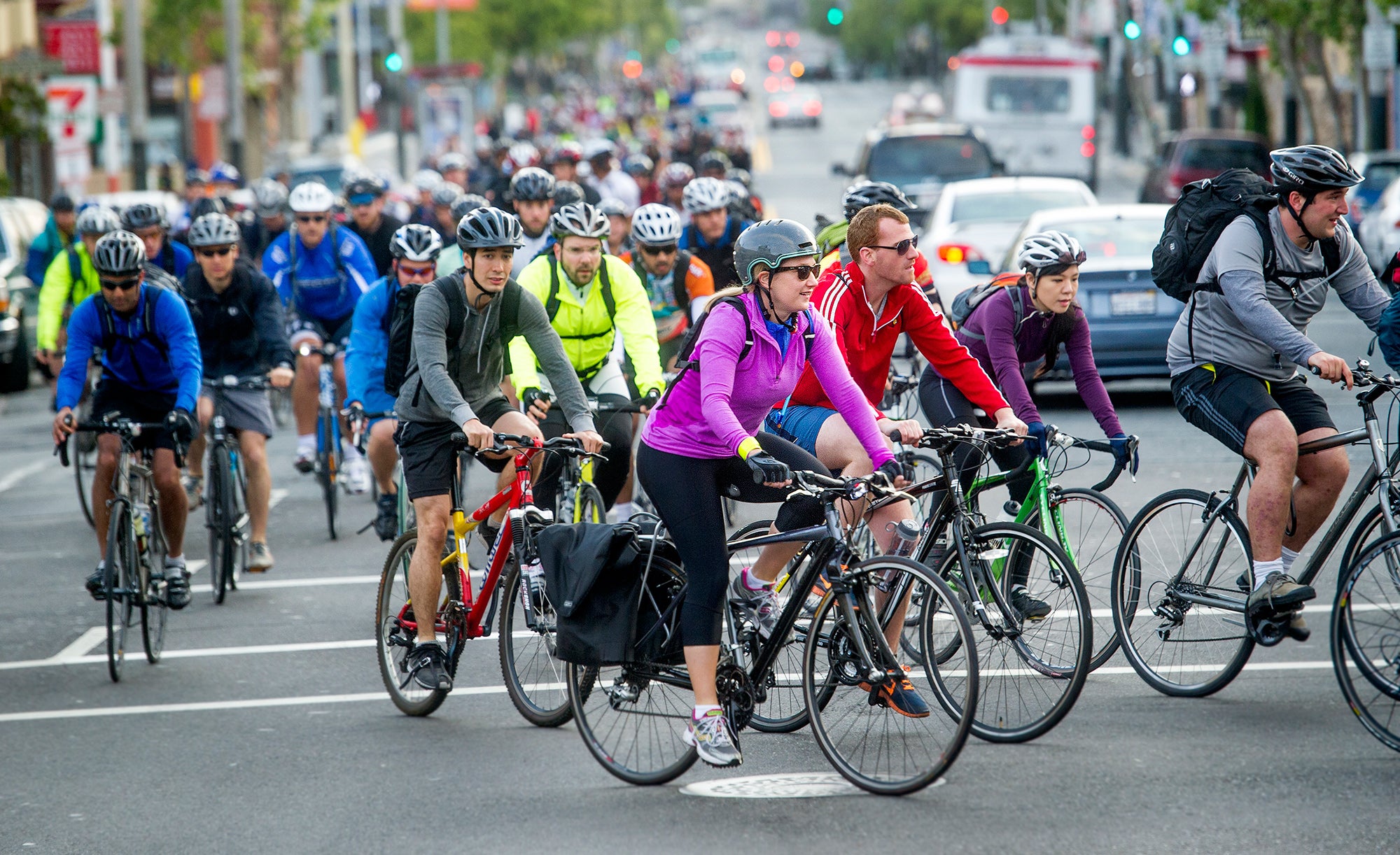 In a relentless competition to bike the most miles possible in order to rack up points for the team, 2014’s Team Bike Challenge shattered records as more than 9,630 San Francisco Bay Area bike commuters pedaled over half a million miles in May — a nearly 280 percent increase in individual participation compared to last year. An astounding 1,370 teams took part in this year’s Team and Company Bike Challenges, nearly 350 more teams compared to 2013. For the Company Bike Challenge, 443 companies registered to compete, a 25 percent increase from 2013. In the end, a total of 572,871 miles were biked — enough to circle the Earth 23 times over — while saving 286.4 tons of CO2 and burning over 35 million calories.

Winners represent the wide range of bicycling enthusiasts in the Bay Area. As in years past, a Santa Clara County team was number one in both the regional and county Team Bike Challenge contests. This time it was United Velo, which beat out all other contenders by racking up 465 points and over 9,200 miles. Second place in the regional competition went to San Francisco’s Partycar.com, with 465 points and an awe-inspiring 7,490 miles. Santa Clara County’s Sun Blinding–Head Winders took third place by pedaling over 3,600 miles and garnering 465 points.

United Velo also had the two highest mileage individuals on their team: Thanh Le rode 2,674 miles and Vuong Pham rode 2,399, respectively first and third in the region in the individual competition. Sandwiched between them was Peter Chang from Partycar.com with an impressive 2,440 miles.

In the Company Bike Challenge, Apple, Inc. in Santa Clara County continued their domination by continuing their first-place winning streak — unbroken since 2010 — in the Large Company category. With 660 employees participating, Apple amassed over 51,000 miles and racked up 6,264 points. Sun Light & Power of Alameda County won first place in the Medium Company category, cycling 6,908 miles and earning 1,039 points. In a tight race for the Small Company category win, kW Engineering once again emerged victorious with 3,142 miles, 548 points and an impressive 1,110 total trips.

There has been an increase in interest and participation from both individuals and companies in Team Bike Challenge as the San Francisco Bay Area becomes more and more committed to active transportation and residents become aware of the health benefits of bicycling.