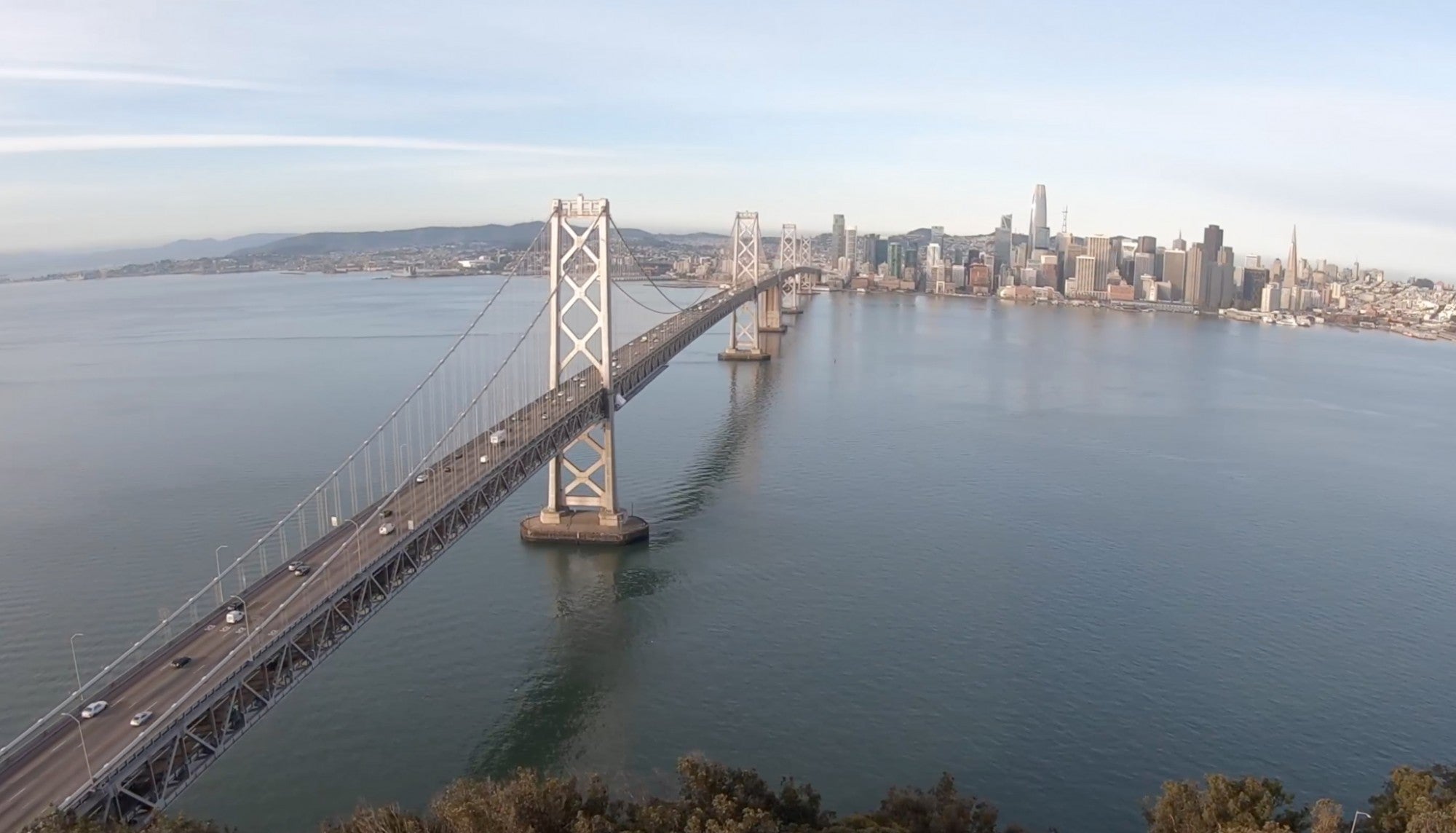 Even as the Bay Area’s recent shelter-in-place orders have been extended through May, toll bridge crossings are beginning to climb. A pre-COVID daily average of 421,000 trips in the toll-paying direction hit a new low the week of April 6, with an average of just 208,000 bridge crossings per day, and has since been trending upwards. In the last week of April, average daily bridge traffic exceeded 243,000 toll-paid trips – a 16 percent increase over the shelter-in-place low.

After an immediate, steep drop-off in bridge traffic when the statewide stay-at-home order was first issued on March 19, data now indicate a steady increase in the number of vehicles crossing Bay Area toll bridges. Weekday traffic across the San Francisco-Oakland Bay Bridge, by far the region’s most heavily-traveled crossing, last week averaged just over 77,000 vehicles in the westbound direction each day, compared to about 68,000 from April 6 to April 10. But even with this increased activity, Bay Bridge traffic volume is still more than 41 percent below the average 131,263 daily westbound crossings during the comparable week in late April and early May 2019.

Similar trends can be seen at the Bay Area’s other toll bridges as well. Westbound traffic across the Richmond-San Rafael Bridge, which last week climbed to an average of almost 22,000 vehicles each weekday from fewer than 19,000 in early April, remains more than 46 percent below 2019 levels.

Measured by percentage, the San Mateo-Hayward and Dumbarton bridges have seen the largest year-to-year declines in traffic volume. While westbound traffic across both spans connecting Alameda and San Mateo counties has edged up in recent weeks, the number of average weekday crossings at the San Mateo-Hayward Bridge is still about 56 percent below last spring’s volume, and weekday crossings of the Dumbarton Bridge average more than 60 percent below 2019 levels.

Caltrans and other agencies have been able to take advantage of this period of reduced traffic by undertaking infrastructure improvement projects, including the replacement of the twin freeway decks at the U.S. 101/Alemany Circle junction, completed ahead of schedule this past Saturday.