BART Is One Step Closer to the Silicon Valley | News

BART Is One Step Closer to the Silicon Valley 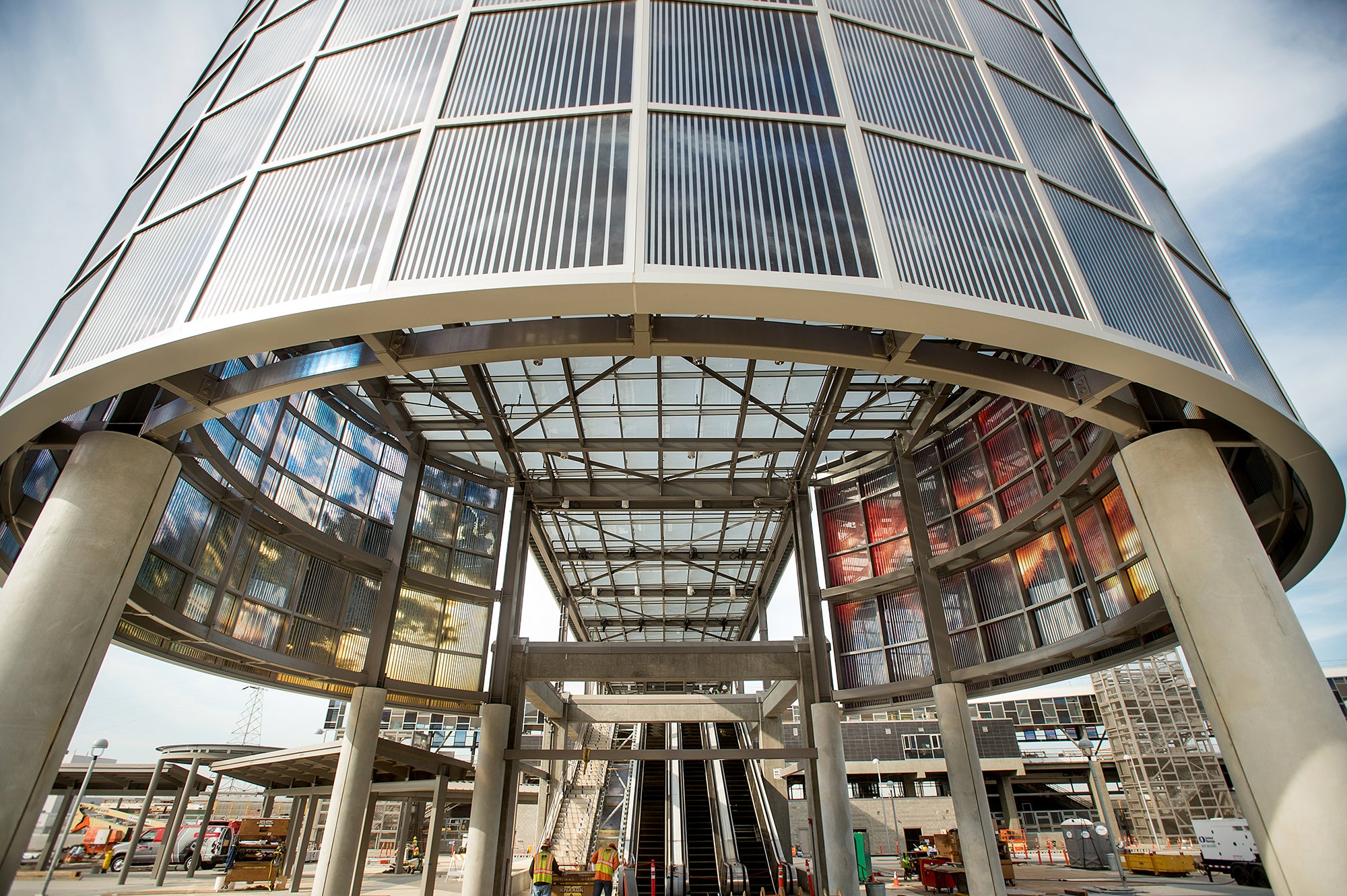 The Warm Springs BART Station Rotunda will welcome passengers at the entrance to the station.

BART’s long-anticipated extension to the South Bay is making huge progress with over 15 miles of track laid between the Fremont BART station and the future Berryessa station. Three stations are starting to take form, with one station near completion. Photographer Noah Berger captured the construction activities in mid-October, at all three stations that are part of the new extension: Warm Springs, Milpitas and Berryessa.

The first leg of the BART extension — a 5.4-mile segment from BART’s current Fremont station to Fremont’s Warm Springs district — is close to completion. Ditto for the Warm Springs station itself, with its distinctive rotunda built and ticketing stations already in place. According to the BART Warm Springs Extension Community Relations team, “Construction activities are nearly complete, with most of the remaining work involving finishes at the Warm Springs/South Fremont station. The most significant task now involves testing the critical traction power, automatic train control and subway emergency ventilation systems.” In the adjacent photo gallery, construction workers are pictured making the final additions to the station, with rail electrification testing to begin November and service to begin in 2016.

Further south along the tracks are the Milpitas and Berryessa stations, the two stations being built in Phase I of the BART-to-Silicon Valley project, which will link the new Warm Springs station with north San Jose. Construction workers are finishing the framework for the sky-lit concourse where future riders will enter to access BART and the pedestrian overcrossing that will connect existing VTA light rail to the BART station at Milpitas. Meanwhile at Berryessa station, workers are building out the train tunnels, elevated platforms and the parking structure. The first phase of the BART to Silicon Valley extension is slated to open mid-2017. The second and final phase will extend BART to Alum Rock, Downtown San Jose, Diridon Station and Santa Clara and is slated to begin construction in 2019 as additional funding is secured.