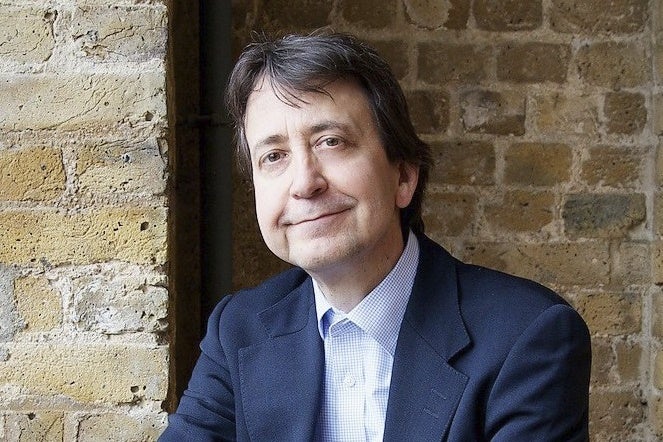 Transportation and urban planning professionals in the Bay Area and around the globe are mourning the untimely passing of transportation expert and urbanist Hank Dittmar, who succumbed on April 3, 2018, at age 62 to a 30-month battle with cancer. Dittmar made his mark at MTC in the 1980s and early 1990s before going on to increasingly visible and far-reaching positions in the U.S. and beyond.

Per Dittmar’s LinkedIn profile, he was “one of the world's leading urbanists, advising governments, companies and communities all over the world on making cities and towns more livable, resilient and beautiful.” His bio also describes him as a global sustainability authority.

Dittmar’s career took him to several organizations in the U.S. and in Europe. Along the way, he served as the head of a U.S.-based foundation, a regional planner, an airport director and an outreach worker with street gangs in Chicago's inner city.

MTC’s former longtime Executive Director Lawrence D. Dahms was a fan of Dittmar’s right from the start, so much so that he said he hired him twice to work at MTC, the first time right out of grad school as a “rent a planner,” a program in which MTC loaned beginning planners to other agencies. After this stint, Dittmar moved south to Santa Monica, where he eventually ran the municipal airport, before being recruited again by Dahms. This time it was to work on the agency’s high-profile Bay Crossing Study, which looked at the feasibility of building a new bridge across the San Francisco Bay.

“I didn’t want to lose him either time he left MTC, but he was too talented to keep,” Dahms said.

Dittmar segued to spearheading MTC’s legislative advocacy, a position that put him on the front line of efforts to craft the federal Intermodal Surface Transportation Efficiency Act of 1991, which reengineered federal transportation policy for the post-Interstate Highway System era. Known as ISTEA, the landmark bill gave metropolitan planning organizations like MTC considerable new funding and new powers to shape their urban environments.

MTC's longtime Washington, D.C. lobbyist, Tom Bulger, who worked with Dittmar for a time at MTC in the Bay Area and also collaborated with him on ISTEA from his perch in the nation's capital, summed up Dittmar’s abilities and contributions with one word: “Phenomenal.”

“I think he had the most vision of anyone I’ve ever known,” Bulger said. “He was a visionary who was able to overcome obstacles and challenges, and come up with the most incredible solutions to advance transportation policy in the Bay Area.”

With that federal advocacy experience under his belt, Dittmar then moved on to the position of executive director of the Washington, D.C.-area-based Surface Transportation Policy Project, where from 1993 to 1998 he spearheaded a national coalition and campaign to promote more sustainable transportation — walking, cycling and public transport — and encourage planning of walkable cities and towns.

From 2000 to 2004, Dittmar was founding president and CEO of Reconnecting America (formerly the Great American Station Foundation), a now-closed nonprofit that advised civic leaders on community development. From 2003 to 2008, he also served as chairman of the Chicago-area based Congress for the New Urbanism, an international nonprofit membership organization that promotes the creation and restoration of compact, walkable, mixed-use cities.

Perhaps Dittmar’s most prominent role was as chief executive from 2005 to 2013 of The Prince’s Foundation for Building Community in the UK (named for Prince Charles, and now known as The Prince’s Foundation), which works to create community by building sustainable housing, regenerating neighborhoods, developing family attractions and the like.

In 2013, he formed his own consulting firm, Hank Dittmar Associates, which is focused on “urban futures.” Per its website, the firm specializes in walkable communities connected by public transit, heritage-led revitalization, small-scale lean urbanism and planning for a wireless, interconnected future. The practice works on projects in the UK, the US and in the Middle East, with a scope ranging from new towns to urban policy.

Of late, Dittmar was a leading proponent of “lean urbanism,” with a tag line of “small is good.” He made an argument for encouraging small-scale, entrepreneurial development rather than large-scale corporate projects, and for removing permitting and other barriers to making small-scale projects possible.

A prolific writer, Dittmar in 2013 began contributing columns to London-based Building Design magazine. His last opinion piece for the magazine, published on March 20, 2018, was titled “When it comes to street design, we’re not there yet.” Per the magazine, which eulogized Dittmar in an article this week, “Other topics regularly visited by Dittmar included the need to break the stranglehold of the big house builders on housing delivery to improve quality, the need for more affordable homes and mixed communities, and the shortcomings of the planning system.”

Dittmar authored the 2008 book Transport and Neighbourhoods (Edge Futures/Black Dog, 2008), and served as co-author and editor of New Transit Town – Best Practices in Transit-Oriented Development (Island Press, 2003). According to friends, at the time of his death he was working on another planning book, tentatively titled DIY City: Making Small Possible Again.

Dittmar received his BA from Northwestern University in Evanston, Ill., and a master's in community and regional planning from the School of Architecture at The University of Texas at Austin. He is survived by his wife Kelle and two children.

Dittmar was living in London and reportedly traveling in Scotland at the time of his death. In a statement published this week in a magazine, Dittmar’s family was quoted as saying, “Hank’s love of music, literature and art filled his life with joy. He was moved to tears by beauty. Hank nurtured friendships spanning continents and decades. His positivity in the face of adversity aided his tireless work to better the world. As a father and husband his resilience and humour will always remain an inspiration.”
— Brenda Kahn

The Architects' Journal (UK): https://www.architectsjournal.co.uk/news/former-princes-foundation-chief-hank-dittmar-dies-aged-62/10029757.article#.WsUYyzrTD6U.facebook (need to create an account to view)