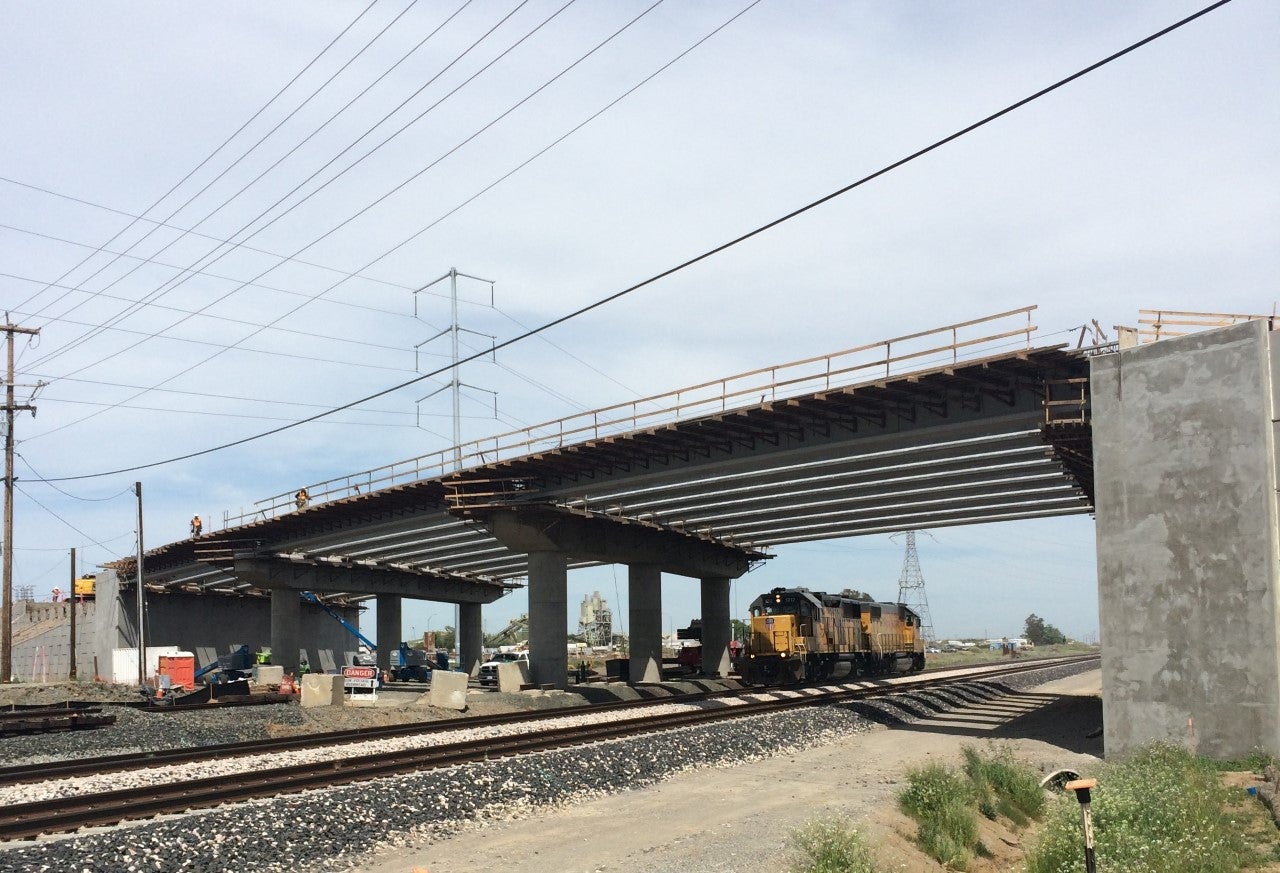 After 14 months of construction, Peabody Road transformed from a two-lane rural road to a six-lane street suited for vehicles, pedestrian and bicycle traffic.
Tuesday, August 9, 2016

(Adapted Press Release from the City of Fairfield)

State and local officials joined about 200 people from the surrounding community for the re-opening of a greatly improved Peabody Road last week. The City of Fairfield’s Fun on the Run mobile recreation program provided games and balloons for children and as the ribbon was being cut, while Vanden High School’s 11-piece drum line led the parade of neighbors and officials over the new overpass.

After 14 months of construction, the formerly two-lane rural road has been converted to a complete six-lane street designed suited for vehicle, pedestrian and bicycle traffic. The expanded crossing eliminates the bottleneck on this busy corridor and allows vehicles, bikes and people to safely cross over the Union Pacific Railroad tracks. The improvements to Peabody Road, funded in large part by MTC, will improve the traffic flow of the 23,000 cars that currently use the road daily and will allow for future area growth.

“The new overcrossing enhances safety for motorists, bicyclists and pedestrians by providing a grade separation allowing the public to safely pass above the railroad tracks, eliminating their interaction with passing trains,” said Solano County Supervisor Jim Spering, who also represents the county on MTC. “This is the first phase of the larger Fairfield-Vacaville Train Station project — a project that has taken collaboration from local, regional, state and federal governments as well as businesses. This is a game changer for our region.”

The total project cost is $78 million, with over half funded by MTC-generated bridge tolls in the amount of $41.4 million. The next phase of the project in the northeast part of Fairfield is the train station on the Capitol Corridor line. This is part of the Fairfield/Vacaville Intermodal Train Station project, which will create a new stop for the Capitol Corridor train service and catalyze transit-oriented development around the station area. The train station and associated amenities are still under construction. The station should be completed in late 2017. For further information, visit the City of Fairfield website.