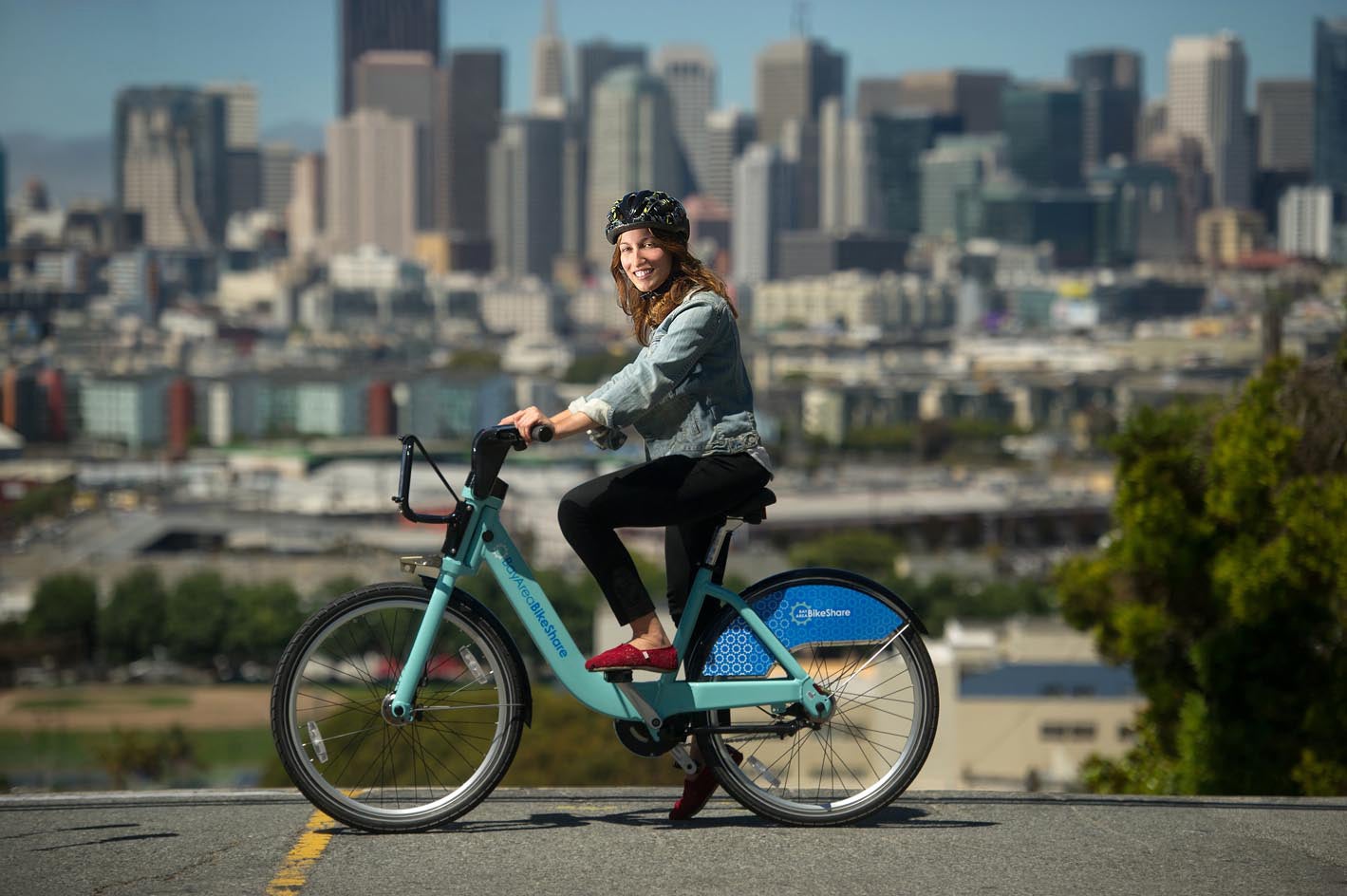 From the Office of Mayor Ed Lee:

“When we launched Bay Area Bike Share nearly two years ago, we saw a transformation in the way that residents and visitors moved around the Bay Area with an easy, convenient, affordable and healthy transportation option in our world-class transportation network,” said Mayor Lee. “The proposed expansion of this popular bike share program will help residents and visitors move around our diverse San Francisco neighborhoods, and around the Bay Area region more easily.”

“Oakland is at the center of the BART and AC Transit systems, and bike sharing can effectively extend the reach of those services,” said Oakland Mayor and MTC Commissioner Libby Schaaf. “I can’t wait to bring the benefits of bike sharing to Oakland to serve neighborhoods and residents from our downtown corridor to East and West Oakland.”

“San Jose is committed to working regionally to implement smart, sustainable strategies that invest in the urban cores and transit corridors, and promote walking, bicycling and transit,” said San Jose Mayor and MTC Commissioner Sam Liccardo. “The 6-fold increase in the number of bicycles available in San Jose will bring the benefits of bike share to a much greater share of our residents, making the commute greener and more affordable.”

“Berkeley looks forward to being a partner in the expansion of bike share,” said Berkeley Mayor and MTC Commissioner Tom Bates. “It is a major step forward not only in making our city one of the greenest and most bike-friendly communities in the nation but also in strengthening the Bay Area’s regional network of accessible and sustainable public transit options.”

“The City of Emeryville is thrilled to have regional bike share serve Emeryville. With no hills, attractive destinations, and large residential, employment and shopping centers, we are well situated to embrace bike share,” said Emeryville Mayor Ruth Atkins. “With three neighboring BART stations, we continually support transit and active transportation with the Emery Go Round (a free shuttle serving employment, retail and residential centers), carsharing, and integrated bike routes. Bike share is a critical and timely service for our more active population, allowing flexibility and complimentary routes to the shuttle, while allowing overcrowding on shuttles to be reduced. We could not be more pleased to consider up to a dozen stations and 100 or more bikes in Emeryville, complementing our award winning Bicycle and Pedestrian Plan and model shuttle program.”

The planned expansion would be accomplished through a public-private partnership with Motivate, the nation’s largest bike share operator, at no cost to the taxpayer. Motivate is the current operator of the Bay Area Bike Share pilot, having won a competitive bid to do so in 2013.

Under the proposal, bike share station locations would be developed in consultation with residents and local businesses, through a series of open forums and outreach events. Twenty percent of stations would be placed in MTC-designated Communities of Concern, putting equity at the core of the program’s design as it expands throughout the region. Discounted passes would also be made available to customers enrolled in Bay Area utility lifeline programs.

“I’m encouraged by the efforts of Motivate and the cities to put equity concerns front and center,” said MTC Chair and Santa Clara County Supervisor Dave Cortese. “I think my colleagues will give the proposal very serious consideration, and I look forward to it coming before the Administration Committee and later to the full Commission.”

The Bay Area Air Quality Management District (BAAQMD) launched the Bay Area Bike Share in August 2013 with a 700 bike system. Bike stations in San Francisco have accounted for about 90 percent of all trips during the pilot phase.

Motivate’s proposal includes bringing a total of 850 bikes to Oakland, 400 to Berkeley and 100 to Emeryville, and boosting the number of bikes in San Francisco to 4,500 from the current 328, and the number in San Jose to 1,000 from the current 129. Motivate plans to add 150 more bikes to the Bay Area Bike Share fleet after the four-phase expansion is complete in late 2017. While the locations of these bikes have not been identified, Motivate proposes to keep at least 50 of them in the East Bay.

The MTC’s Administration Committee will consider the proposal at its meeting on April 8th, with consideration later in the month by the BAAQMD Board of Directors to the transfer of the existing pilot system to the Metropolitan Transportation Commission. Later this Spring, the proposal is expected to go before the full Commission, which must approve the terms of the contract. The system will be brought to scale gradually, with installation of new stations occurring throughout 2016 and 2017.