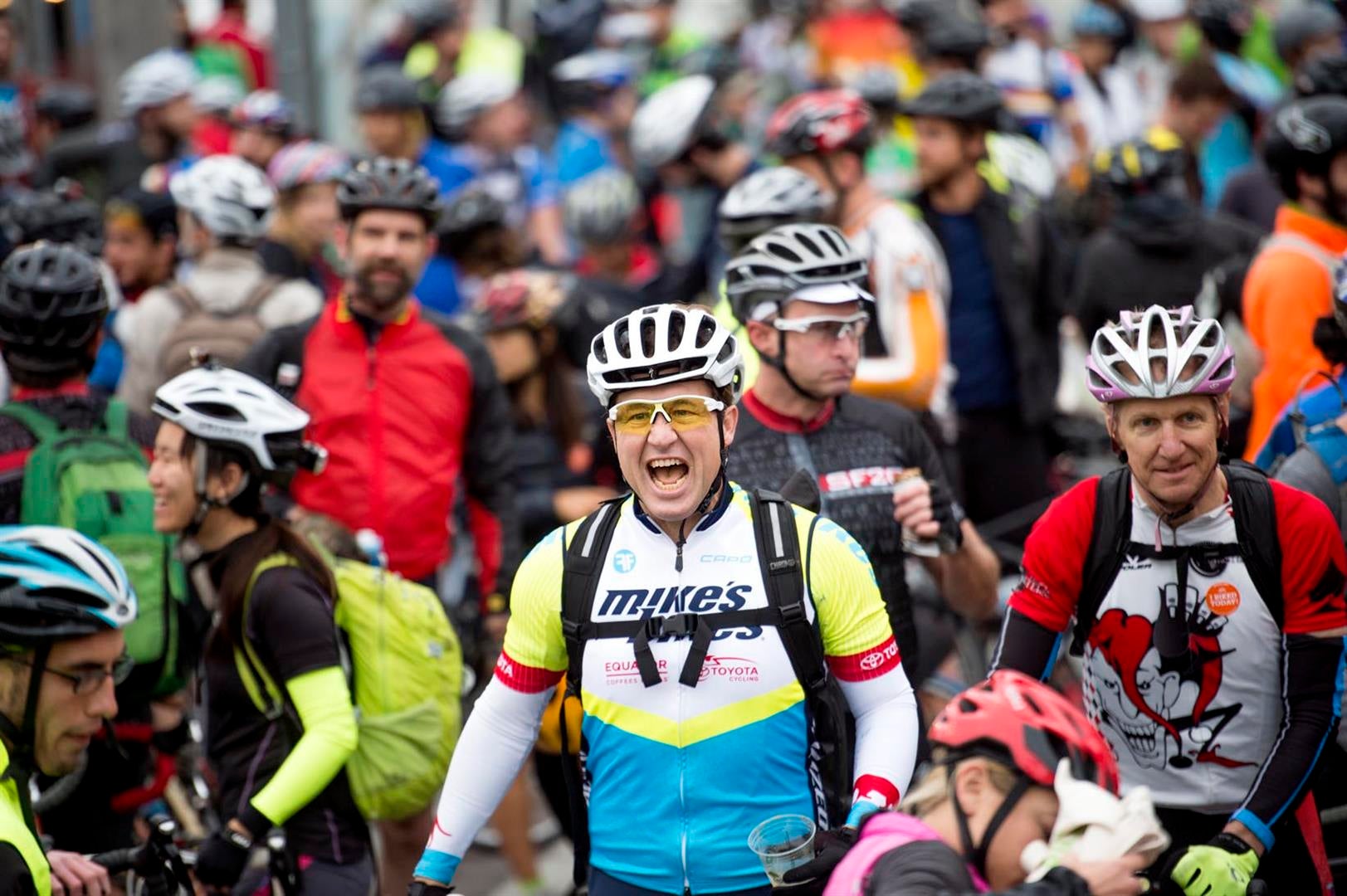 OAKLAND, CA — The 22nd annual Bike to Work Day rolled through the nine counties of the San Francisco Bay Area on Thursday, May 12. Morning counts tallied across the region showed an increase of over nine percent compared to 2015. Adding together those who stopped at Energizer stations with those who just pedaled past, rider counts were well over 100,000 participants for the day. Refreshed and cheered on by thousands of volunteers at over 400 Energizer Stations throughout the region, participants turned a normal Thursday morning commute into a celebration.

Presented by the Metropolitan Transportation Commission (MTC), 511 and Kaiser Permanente, Bike to Work Day encourages local residents to try commuting by bicycle for the first time and celebrates those who bike to work regularly.

“Every day can be Bike to Work Day,” said Santa Clara County Supervisor and MTC Chair Dave Cortese. “For this reason, MTC is committed to identifying reliable sources of funding to improve pavement conditions on our local streets and roads — making them safer for bike commuters to travel on.”

“Exercise is one of the key ingredients to living a healthy lifestyle,” said Dr. Eshwar Kapur, Sports Medicine Specialist at Kaiser Permanente, South San Francisco. “It promotes better sleep, helps to reduce stress, helps control weight and creates a general sense of well-being. As thousands of people across the Bay Area discovered today on Bike to Work Day, cycling is a fun and enjoyable way to make sure we build exercise into our busy schedules.”

While the Bay Area’s celebration of Bike to Work Day is over, Bike Month events continue through May 31, including Team Bike Challenge — a friendly competition that encourages participants to increase their personal bicycling mileage. The possibility of earning much-coveted bragging rights keeps participants pedaling. Joining the ranks of more than 13,000 previously registered riders, this year's riders include 2,106 individuals riding on 1,819 teams from 581 companies.