Y-PLAN — which stands for Youth, Plan, Learn, Act, Now — offers a framework to meaningfully engage students to conduct ecological, social and political research about the impact of climate change, sea level rise, and healthy, vibrant communities. The Center for Cities + Schools took its Y-PLAN framework and partnered with Resilient by Design, a year-long effort to bring together local residents, public officials and local, national and international experts to develop community-based solutions to climate change.

“Young people bring a different voice to the equation.  We also work in urban public schools so the overwhelming majority of our students are low-income students of color. So we’re not only bridging gaps of age, but we’re also bridging gaps of race and income level and power dynamics,” noted Amanda Eppley, Assistant Director of the Center for Cities + Schools.

Elizabeth, a Y-PLAN scholar from East Palo Alto, remarked about the Y-PLAN program: “They’re asking us. I notice that students are waking up to we’re the ones who create change.” 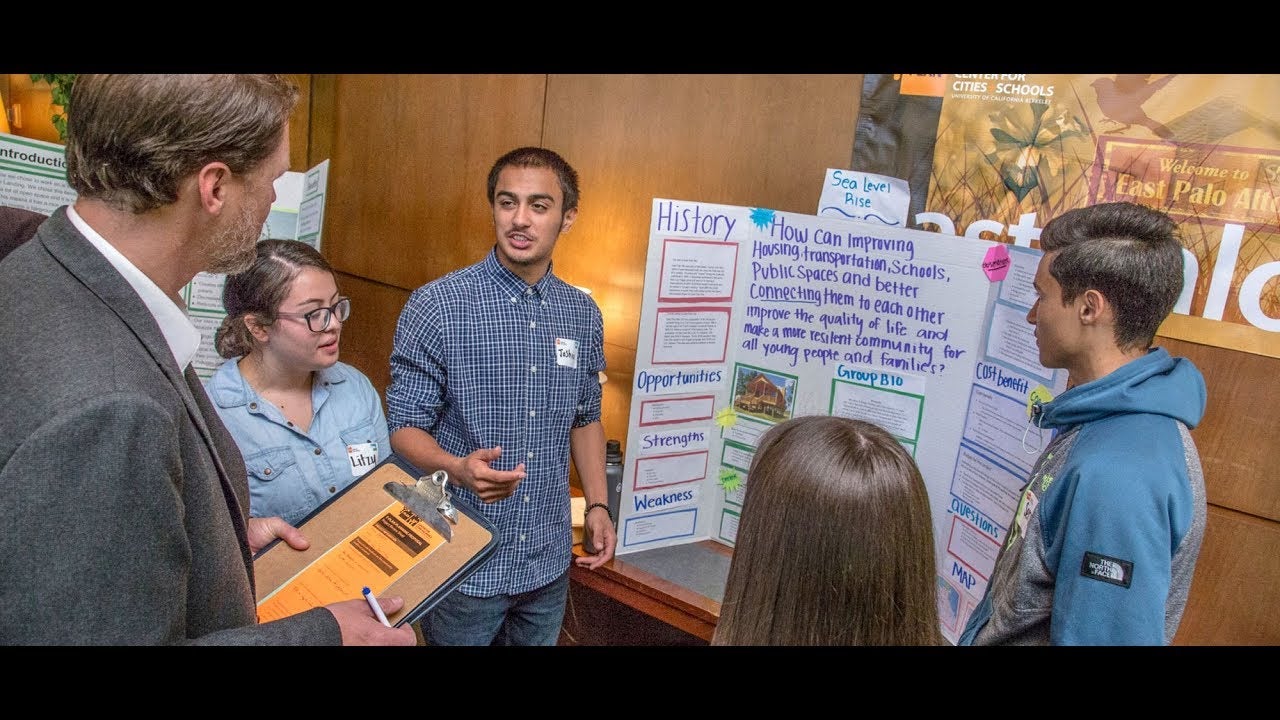