On track to open in spring 2022, the San Francisco Municipal Transportation Agency (Muni) Central Subway project is a 1.7-mile extension of the T-Third light-rail line from the 4th and King/Caltrain station to Chinatown. 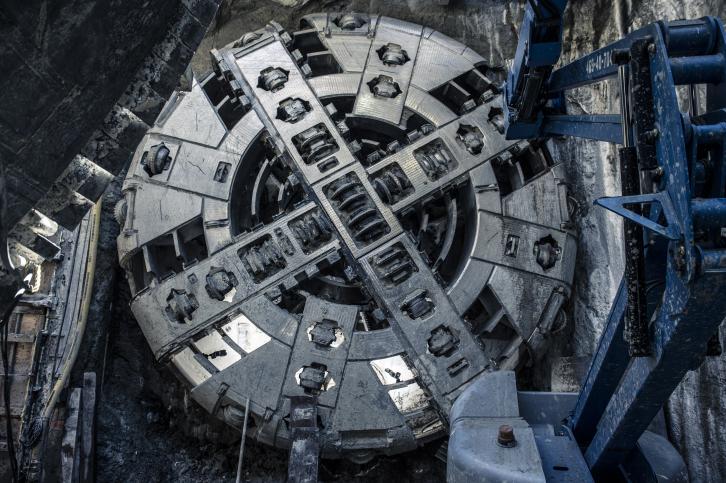 Karl Nielsen
Tunnel boring machine "Mom Chung" sits patiently at the northern mouth of the tunnel she created, waiting to be dismantled.

MTC made the $1.57 billion Central Subway project a top regional priority in the nationwide competition for funding through the Federal Transit Administration’s New Starts program.

Value to Our Communities

Completion of the project will:

The Central Subway project received a total of $942 million through the Federal Transportation Administration’s New Starts program. Other funding partners include:

Completion of the Central Subway project will provide a direct rapid transit link between downtown and the Sunnydale, Visitacion Valley and Bayview neighborhoods in southeast San Francisco.

These neighborhoods will enjoy better access to jobs, stores, schools, and sporting and cultural venues in downtown San Francisco, Chinatown, South of Market and Mission Bay.

More than half of these riders will be along the Central Subway segment of the route.