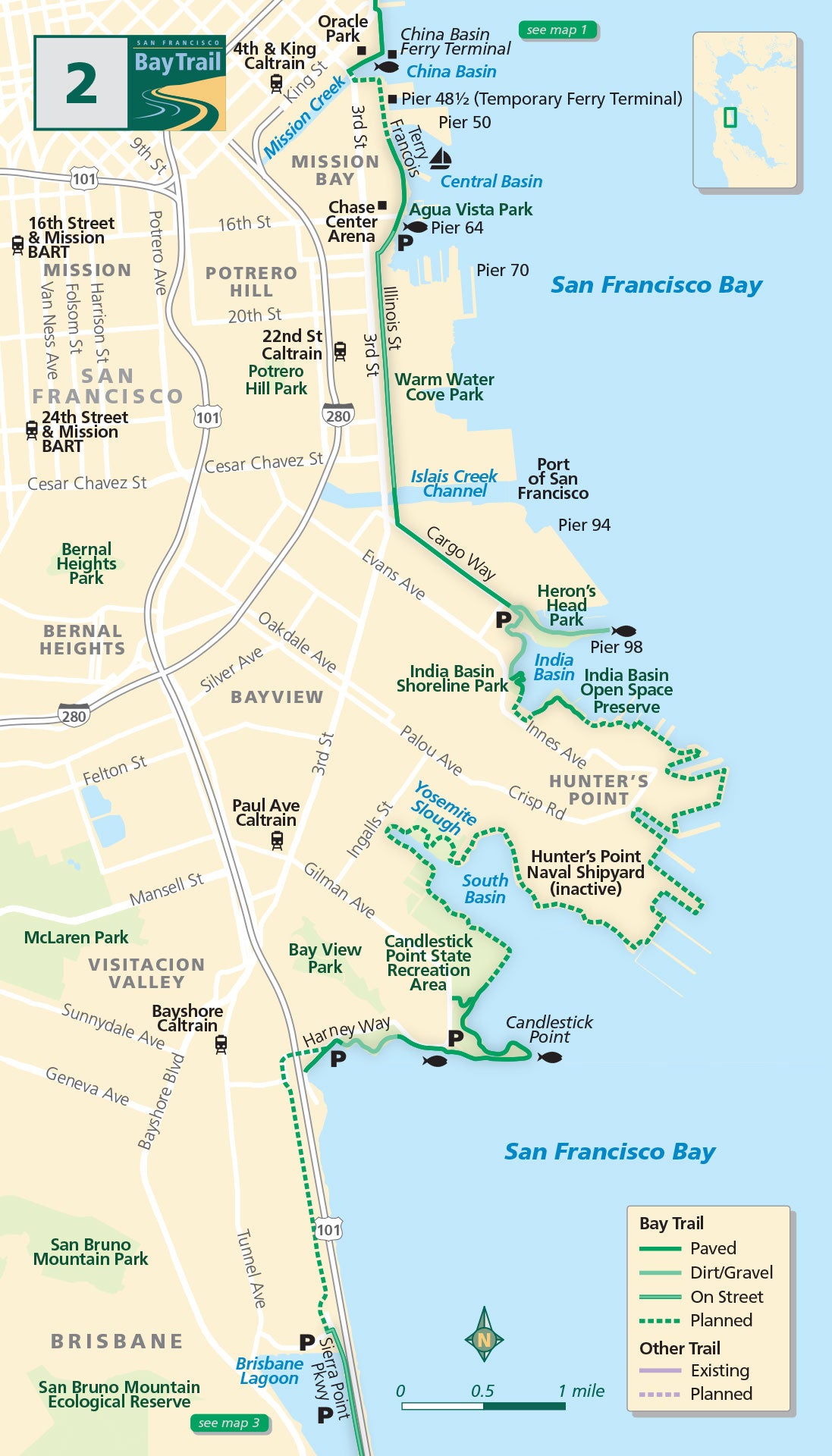 After taking in a free inning of major league baseball at Oracle Park, take the Lefty O’Doul Bridge across the China Basin Channel onto Terry Francois Boulevard.

Constant construction in this area keeps you on your toes until separated shoreline trails between the Bayview Yacht Club and Agua Vista Park appear, offering a look at the new Chase Center, home of the Golden State Warriors. Stop for a bite or a beverage at The Ramp restaurant or take in the beauty of the industrial working waterfront from the adjacent pocket park.

Head south on Illinois Street bike lanes or sidewalks, cross the Islais Creek Channel and turn southeast on the Cargo Way Bay Trail. Cargo Way ends at Heron’s Head Park, so named for its shape when seen from the air. This odd bit of land jutting into the water was created when an additional bridge crossing the bay was being hastily planned in the 1960s. Today it is a welcome bit of wild in the middle of the City.

Before heading to the tip of the heron’s beak or continuing around to India Basin Shoreline Park, be sure to stop at the Eco Center — San Francisco’s only 100% off-the-grid building.

India Basin Shoreline Park is also a potential Water Trail site, and non-motorized craft can be launched from shore.