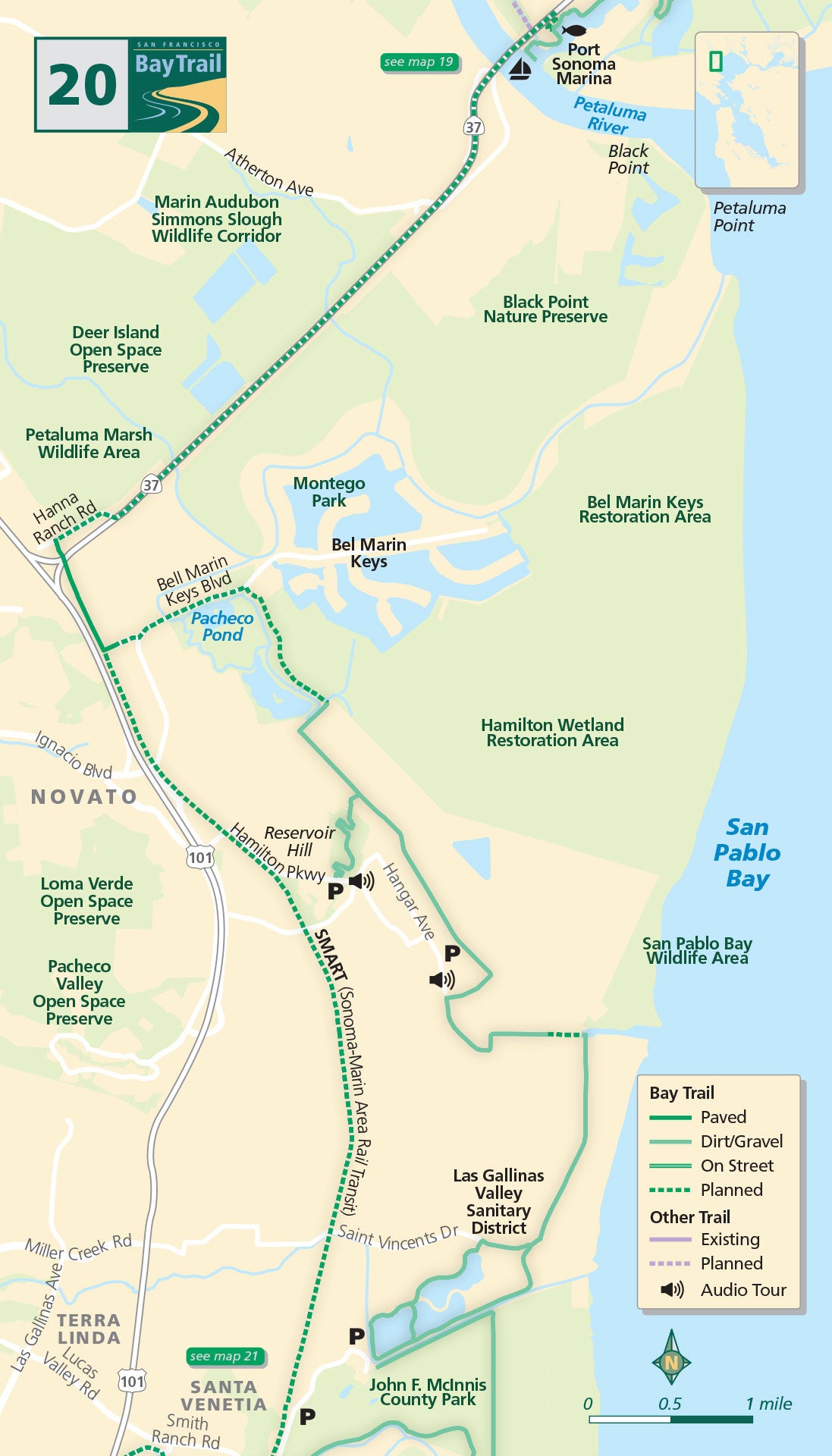 In northern Marin County, the trail is a work in progress. The best segments of complete trail are to be found in southeast Novato at Hamilton — the former Army Airfield converted to a thriving community. Some 650 acres of former concrete runways are now restored wetlands, with another 1,800 acres in the works on neighboring parcels. Three miles of beautiful existing levee-top trail at Hamilton can be accessed from Hamilton Parkway near Palm Drive via the Reservoir Hill Trail.

Access to the southernmost portion of Bay Trail at Hamilton is from Hangar Avenue near Maybeck Street. Park in the lot near the ballfield and walk on up to the levee trail. A formal connection south to the Bay Trail at neighboring Las Gallinas Valley Sanitary District will eventually be made.

The trail here loops around two treatment ponds and a narrow, unpaved trail on the outer levee seems a world away though Marin’s biggest city is just around the corner.

A driving range, skateboard park, water trail launch site and country club all can be found at this county park. A parallel inland paved multi-use pathway associated with the Sonoma-Marin Area Rail Transit — or SMART — line currently is in the final design phase and will be part of the Bay Trail upon completion.

When complete, the SMART pathway will run 70 miles from Cloverdale to Larkspur, over 5 miles of which will coincide with the Bay Trail.

Learn about the rich aviation history of Hamilton Field explored through photographs and artifact displays, as well as a multimedia projection mural.

An approximately 2-mile walk or ride from the parking lot/trailhead at the Sanitary District parking lot, this segment of Bay Trail will take you past the treatment ponds where birds and birdwatchers gather, then out to the District’s outer levee seemingly miles from anywhere.